Hedge funds need to deliver in their year of opportunity 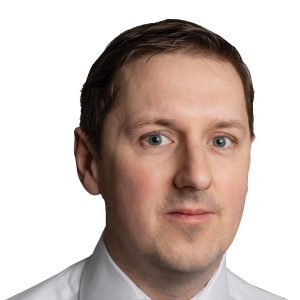 The turbulent financial market conditions dominating 2020 are providing hedge funds with one of their best chances to shine in years. Many are not taking advantage.

The relative tranquility of recent years, broken only by the occasional sell-off, had prompted complaints from hedge funds that trillions of dollars of asset purchases from central banks was making it harder to sift good and bad stocks, and suppressing the volatility they liked to trade.

No longer. Persistently stormy markets, plus plenty of dispersion between regions — as different economies and sectors come out of pandemic lockdowns at different speeds — are finally giving managers the richer trading environment they have craved.

Volatility has remained elevated since the March rout, typified by the tech slump in recent days. An influx of retail traders, sneered at by some as “dumb money”, has fed valuation bubbles, creating opportunities. Competition has also reduced in some previously crowded trades, after March’s extreme volatility forced some traders out of their positions. Privately, managers talk about one of the best trading environments for years.

But returns have been lacklustre. Hedge funds on average were up 2 per cent in the first eight months of the year, according to data group HFR, well behind stocks and bond returns. On an asset-weighted basis — in other words a $1bn fund counts 10 times more than a $100m fund — that becomes a 4.1 per cent loss.

Eurekahedge paints a slightly brighter picture, with funds up 3.7 per cent on average to the end of August, although on an asset-weighted basis that’s a less impressive 0.7 per cent drop.

It was a perfect policy-led year. People either saw it or they didn’t. You had to read the history books to forecast this year.

Behind these rather underwhelming numbers is a huge dispersion in returns. Some hedge fund managers, such as Saba Capital’s Boaz Weinstein and Pershing Square’s Bill Ackman, have taken advantage of these extraordinary conditions, correctly calling some of the big market moves. Others have been caught out.

“The spread of returns is just unbelievable,” said one hedge fund industry insider.

In macro trading — betting on global bonds, currencies and other assets — years of famine have been replaced by a time of plenty. Some of the moves have been spectacular, such as the fall in the US 10-year yield from 1.9 per cent to 0.7 per cent, as its price surged. Funds such as Brevan Howard, Caxton Associates and Rokos Capital Management are enjoying some of their best gains in years.

“This is a once-in-a-decade, major macro event,” said the head of one global macro hedge fund.

“It was a perfect policy-led year. People either saw it or they didn’t,” the person added. “You had to read the history books to forecast this year.”

Many managers in other sectors apparently did not read the right chapters. Some of the highest-profile computer-driven fund firms, for instance, have found their models unable to cope well with wild market swings. In some cases the switch between sectors of the market such as faster-growing stocks and cheap stocks has caught them off guard.

Jim Simons’ Renaissance Technologies, David Harding’s Winton Group and California-based artificial intelligence pioneer Voleon Group are among those who have nursed losses from the first-quarter rout that were not made up in the market rebound. US quant giant AQR’s Equity Market Neutral fund — which is designed to hedge out the risk of equity market moves — is down nearly 15 per cent this year.

In equity investing, Lansdowne Partners and Larry Robbins’s Glenview Capital are among those down sharply this year, even as funds such as Ross Turner’s Pelham Capital are making double-digit gains, according to numbers sent to investors. Lansdowne and Adelphi declined to comment. Glenview and Pelham did not respond to a request for comment.

Turbulence in credit markets, meanwhile, has left many funds in the sector in the red for 2020. 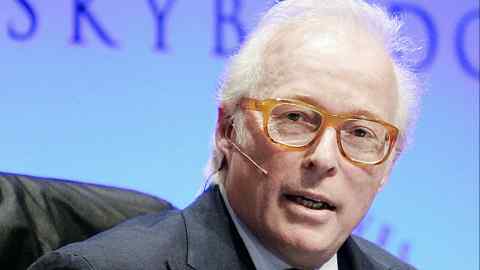 There are still opportunities for hedge funds to prove their worth. In sectors such as merger arbitrage — betting on mergers and acquisitions — March cleared out some investors in what had become a crowded sector. And the equity falls of the past week should provide funds with a chance to outperform investors who had piled into technology stocks simply because they were going up so much.

The coronavirus crisis has not yet been as damaging for the hedge fund industry as the financial crisis, when high leverage and illiquid positions proved fatal for a number of funds. But it is likely to sift the industry, separating those that can handle different market conditions from those that cannot.

After all, if a manager cannot prosper either in calmer markets or in this year’s volatility, investors may well question why they bother at all.