My hometown’s century of booms and busts

We’ll send you a myFT Daily Digest email rounding up the latest Barranquilla news every morning.

In 2001, I noticed that Barranquilla had begun to change, again.

The Colombian coast’s most important city has been repeatedly reconfigured over the past 100 years by booms and busts. And here was its latest, I thought, when I saw its first mall open.

Glitzy and futuristic, the Buenavista shopping centre looked like a spaceship that had landed in the empty grasslands just outside the city. It felt particularly strange because this was where I had learned to drive a stick-shift Jeep as a teenager in the late 1970s — a spot I picked for its endless miles of idle land.

When I returned last month, the area where I used to brake for iguanas was booming and a new neighbourhood had sprung up. The expanded mall’s car park was overflowing and rows of new condominiums had been built to accommodate the city’s burgeoning middle class.

In just 18 years, Barranquilla has become a new city, unrecognisable to me. Shopping centres and brand-name hotels have proliferated, as has an array of services, from data analysis and coding outfits to troupes of carnival dancers, Paris-trained beauticians and houses of haute couture. But there are also empty high rises, suggestive of a speculative fever that could yet end badly.

An industrial port, Barranquilla is bypassed by many visitors in favour of colonial Cartagena or the national parks around Santa Marta. To Barranquilleros like me, though, there is nothing else quite like it in Colombia: a place built by entrepreneurial immigrants, whose descendants pride themselves on their shrewdness and spontaneity, their carnivals, their prowess at storytelling, their laissez-faire authenticity.

It is the home town of the billionaire Santo Domingo family and the pop star Shakira, while the author Gabriel García Márquez was born in a nearby hamlet. By far the most popular resident now — though not everyone is taken with him — is the city’s charismatic mayor, Alex Char, whose exuberant style reflects that of the region. 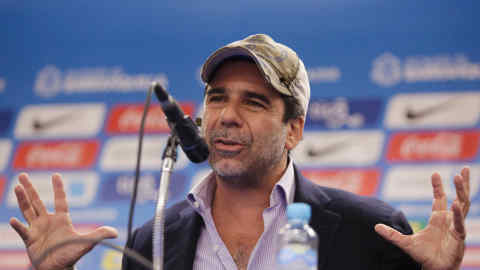 That swagger can be seen in the Atlantic coast’s long history of booms and busts. There was the banana bonanza of the 1920s, prompted by the arrival of the United Fruit Company. I recall hearing as a child about days of such abundance that people would light candles with dollar bills.

Then, after the Great Depression, came the cotton bonanza of the 1950s. The federal government decided to subsidise the crop and created a generation of wealthy plantation owners. Looking for bright lights, they settled in Barranquilla.

When I returned last month, a new neighbourhood had sprung up in the area where I used to brake for iguanas

The 1970s brought two concurrent booms and I witnessed them both. The bonanza de los bolívares saw millions of dollars of remittances sent by the hundreds of thousands of Colombians who crossed over to earn better money in oil-rich Venezuela (whose currency is the bolívar). That boom has since turned to tragic bust, as huge numbers of Venezuelans have fled their country, with many to be seen begging at Barranquilla’s traffic stops.

Meanwhile those locals who stayed behind found another way to get rich, moving into cannabis cultivation after US President Richard Nixon’s war on drugs hit marijuana production in Mexico. “Santa Marta Gold” went out to the world: by 1974, Colombian pot was so popular that Ringo Starr’s “No No Song” calls it “the best in all the land”.

And Barranquilleros certainly knew how to spend their windfalls. Art deco mansions built during previous booms gained neoclassical columns or marble façades. Teenage boys drove Porsches and Cadillacs. I heard stories of weed-laden yachts making the 1,000-mile crossing to Florida, and of aircraft abandoned on country roads when the police became too curious.

Now the boom times are back, and their steward is Mr Char, who has spent nonstop for eight years on a broad range of projects, including better drains, a riverside promenade, modern convention and sports centres, parks, schools, a bridge that will be the longest in Colombia, and a refurbished international airport. His hashtag is #barranquillaimparable (“unstoppable Barranquilla”).

Has Mr Char brought about a lasting transformation or will history repeat itself with another bust? The answer depends on who you talk to.

Mr Char has lots of supporters, ranging from bus drivers and construction workers who have found jobs in Barranquilla to President Duque. The city’s elite and middle classes like him too: I’ve heard architects, retired bankers and factory owners backing his plan. One local financier explained that the city sets aside sufficient funds each year to service its debts. The Inter-American Development Bank has meanwhile given its tacit seal of approval by holding its annual meeting there in March 2020. The fact that Mr Char’s party looks likely to be in power for at least another four years promises continuity, although Mr Char himself is due to leave office on December 31.

His detractors remain unconvinced. “There is no free lunch in public finances,” wrote economist Jairo Parada in a recent column in El Heraldo, the city’s newspaper. Mr Char’s “dialectic of concrete” comes at too steep a price, he added, and the city will soon start passing the bill on to taxpayers. At this rate, “Barranquilla’s progress will not be unstoppable, [because] it’s not sustainable.”

But the spending spree does not look like stopping any time soon. In muzak-soundtracked videos, the mayor’s party promises lots more: a new pier for shipping, fancy ferry boats, a tram network . . . Mr Char’s special farewell to his beloved city has been dubbed the Crystal Pavilion, a great glass cube of a convention centre by the river. In its extravagance, it exemplifies the spirit of my unique Barranquilla — always larger than life.

Silvana Paternostro is the author of ‘Solitude and Company: A True Account of the Life of Gabriel García Márquez’

Get alerts on Barranquilla when a new story is published 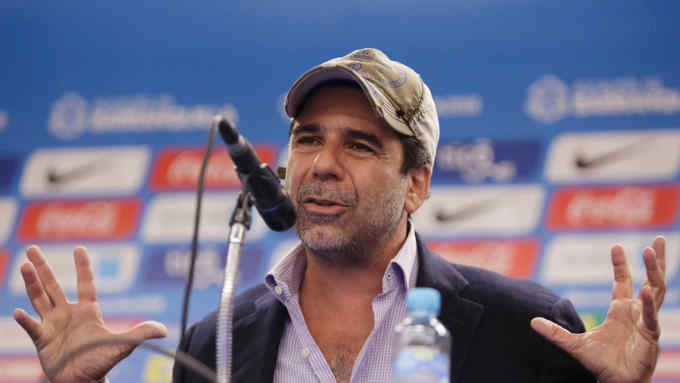