The tunnels promising to overhaul how our shopping is delivered

Backers say the technology is an efficient, climate-friendly transport option

When businessman and engineer Roger Miles pitched his idea for an underground delivery system to the UK government in 2003, he was told that it “doesn’t invest in crackpot ideas”.

The transport department felt that his plan to build a network of tunnels to transport parcels — an idea developed by the Victorians in London — was not an economically viable alternative to the trains and trucks that typically handle deliveries, according to Mr Miles.

But by 2050, the UN predicts that 68 per cent of the world’s population will live in urban areas. Such demographic changes will increase the need to figure out how to deliver goods to consumers in these congested, sprawling megacities efficiently and without harming the environment.

“If we’re going to solve the climate crisis, we’re going to need innovative solutions,” says Phill Davies, commercial director of Magway, a delivery company that is developing technology to transport parcels via a network of pipes. The system uses magnetic motors, powered by electricity, to shuttle pods filled with goods through pipes above and below ground that measure 90cm in diameter.

The company says it received £653,998 from the UK government in 2018 to build a prototype for a pipeline that could move goods from a warehouse in Milton Keynes, Hertfordshire, to a consolidation centre in Park Royal, west London.

Though Magway is currently focused on freight delivery, in future it hopes to install 850km of track in London’s decommissioned gas pipelines to deliver parcels to consumers in the city.

By 2050 the company estimates its technology could cut current carbon dioxide emissions from delivery vehicles by a third, while ensuring that 94 per cent of the city’s population can reach a station to collect their goods (known as “delivery nodes”) in less than 15 minutes on foot or by bicycle.

Some of the world’s biggest companies are also experimenting with technology to ferry goods through tunnels from warehouses on the edge of town direct to customers’ homes or nearby pick-up points.

In 2017, Amazon patented an underground delivery system that moves packages from regional depots to delivery nodes in city centres using conveyor belts and rail cars. The patent also states that containers could travel through a vacuum or a liquid or gas-filled pipe.

Alphabet subsidiary Sidewalk Labs says its planned underground delivery system, which would use “electric, self-driving delivery dollies [carts]” to link a logistics hub on the edge of town with the basements of residential and commercial buildings, could reduce truck traffic in Toronto’s Quayside neighbourhood by 72 per cent.

The potential benefits are not just environmental, however. The technology could also prove cost effective for businesses given that the “last mile” of a package’s journey — from a regional warehouse to its final destination — accounts for roughly 50 per cent of the total delivery cost, according to a 2016 report by McKinsey.

That makes last-mile delivery ripe for disruption. In the same report, McKinsey estimated that in the five years to 2016, start-ups looking to break into the last-mile market attracted just under $10bn in funding.

But while the idea of underground delivery is no longer dismissed out of hand, doubts over whether it might solve the last mile problem linger. Alan McKinnon, professor of logistics at Kuehne Logistics University, Hamburg, is “deeply sceptical” of Magway’s ambition to use existing infrastructure.

“Mapping logistics operations on to a pre-existing network designed for a totally different purpose would be extremely difficult, near impossible, to pull off,” he says.

While Clemens Beckmann, head of smart cities and last mile solutions at international courier company DHL, argues that “we need to make use of existing infrastructure”, he ultimately concedes that it is “completely utopian to think your Amazon delivery will ever shoot out from your fireplace into your lap”.

When it comes to last mile delivery, Mr Beckmann says it is better to trust in technologies that do not require the installation of a delivery pipe in every home. Instead, he points to emerging technologies such as the replacement of traditional delivery vans with autonomous vehicles containing parcel lockers.

Customers could then be notified by text when their package is ready to collect — a technique already being used by several Silicon Valley start-ups — or pay professional queuers to pick up packages on their behalf. Kyro, a distillery company based in Finland, already uses professional queuers for customers at festivals.

Delivery companies encouraging people to pick up goods themselves might sound counterintuitive, but the market is already heading that way. Last month, the food delivery company Deliveroo announced plans to offer a new pick-up service at half of its UK restaurants.

Whether these other, more straightforward solutions to the last-mile problem might limit the growth of underground systems in city centres remains to be seen, but what is certain is that urban deliveries will look very different by 2050.

As Jesse Norman, minister of state for transport, predicted in a report published this year: “Over the next two decades, transport technology will change faster than at any time since the Victorian era.” 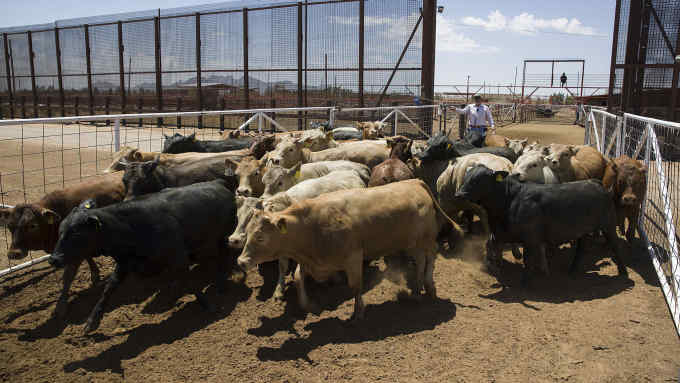