Your second career could last for 30 years

Executives are working well into what is considered retirement age

It is an inconvenient truth — second careers can now last 20 to 30 years. Many executives made redundant by their mainstream employers in their early 50s need to work to supplement their pensions; others want to work to give themselves a new role in life, a way of being valued. Yet few are prepared for the big transition.

There is an answer. Anita Hoffmann, a former senior executive in the chemical industry, has written a book to help executives to get ready for the next phase of their careers. Published this week, Purpose and Impact: How Executives are Creating Meaningful Second Careers is based on interviews with more than 50 senior executives and is a practical guide to how to rethink or relaunch careers.

The author practices what she preaches. When she left the chemicals industry, she moved into management consultancy. After working for one of the leading global executive search firms she founded her own executive search and coaching company, Executiva. It was there she had an epiphany. “I found myself all day long having conversations with senior executives about transition,” she said. “There is a real yearning for having a purpose.”

She was meeting about 1,000 executives a year, many of whom wanted to know how to change their careers in mid-life. Ms Hoffmann undertook three years of interviews with business leaders and professionals and found that as they got older, many wanted to leave a legacy and leave the world a better place.

But the interviews also raised practical issues, especially the problem of financing 30 or more years of retirement from the earnings and investments of a 35 to 40 year career. Employment security has also become more unpredictable.

Ms Hoffmann says that the concept of retirement is becoming redundant.

“Executives need financially, and want motivationally to continue to work well into what is currently considered retirement age,” she says. Yet pension systems — both state and company — could not cope with the financial burden of us all living longer and drawing pensions for 30 to 40 years.

Video: Dress code: from clothing to coding — how to age in style

This means there is now a life stage of 10 to 15 years between leaving “middle age” (Prof Shoven thinks this is around the age of 60) and “old” when we are still healthy and energetic but beyond traditional retirement age.

The number of 60 to 79-year-olds is forecast to increase by 1.1bn worldwide by 2060 — five times the rate of increase for children and teenagers. So it is vital for all the world’s economies that older people who want to work should be able to continue working.

Business in the Community, a charity that promotes business responsibility, has a programme to get an additional million workers over 50 in the UK workforce by 2022. But main careers, especially big corporate ones, can often end if employees are made redundant in their 50s. Very few executives allocate time to reshaping their careers until they are faced with redundancy or looming retirement. 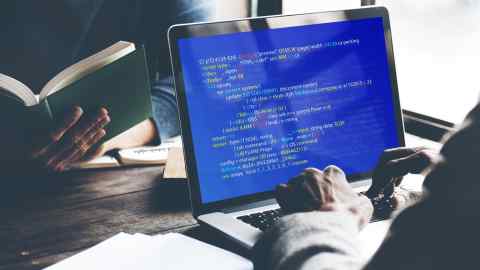 Martin Swain, former vice-president for Global Employee Relations, Inclusion and Diversity at GSK, said: “I have always wondered why we wait until redundancy to give the best possible career advice to our people.”

However, the jobs market is also very ageist. Ms Hoffmann notes that trying to return to full-time executive work after four or five years of non-executive board work in your mid-50s is difficult.

She recommends what she calls “job crafting” — adapting current executive roles to include projects on topics that jobseekers are passionate about that fit with the company’s strategy. This could allow them to spend time creating new business opportunities, changing organisations from inside and even effect societal change while learning the skills and building networks needed to create their next career.

Executives in their fifties need to do their research, especially when they realise that their main career is not going to reach the heights they had aspired to. Social media — such as LinkedIn and Twitter — is key to finding contacts, news articles, research and discussion about different sectors. During this discovery process, Ms Hoffmann says, jobseekers need to experience and learn new things, build a new network and meet new people.

Digital skills are essential to create second careers. “Everyone born before the millennial generation needs to invest serious time and energy into developing digital skills or we will be close to unemployable in five years’ time,” she adds.

One former chief executive of a large company in his early 50s told Ms Hoffmann that he found portfolio-building harder than expected, complaining: “They all want people with finance or digital experience.”

Ms Hoffmann says second career seekers should start by asking for advice from people in their existing networks who have transitioned to interesting new positions. When we worry about rejection, it is useful to remember that we all enjoy sharing our experience and advising others who ask us.

She emphasises that jobseekers should always thank anyone who makes an introduction or takes time to see them, and tell them what happened as a result of the meeting. Plus, they should always pay for the coffee. She said it was surprising how often very senior people asking a favour did not understand such etiquette.

Many executives turn to coaching in order to work out what their next steps might be, especially if they only know their own industry. Ms Hoffmann suggests that they should be prepared to pay a senior coach the same hourly rate that they earn as a senior executive.

Finally, second career seekers should not expect to earn as much as they did from their core careers. “The secret is to realise that living more frugally and consuming less is enjoyable if you find a job you care about,” she says.

“You need to use a different lens to look at this question of finances,” says Ken McKellar, partner at AGM Transitions, a consultancy, and former partner at Deloitte and EY. “Rather than thinking of how big an income you need, think of how small a cost you could get away with without major changes to your lifestyle. Be aggressive about the cost. We learnt that a lot of ‘fat’ had crept into our spending over the years, and I have heard the same from many others.”