If you think the same, join us
FT Series Companies prospering in the pandemic
Games industry

The coronavirus crisis has proved a bonanza for video game makers, as shut-in consumers turn to digital distractions in greater numbers and for longer sessions than ever before.

But while the sector’s big listed groups such as Nintendo, Activision Blizzard and Take Two have enjoyed share price rises of more than 25 per cent since early March, a clutch of mobile gaming studios, many privately held, have enjoyed the real windfall.

Along with the sudden rise in leisure time among a ready market of more than 2bn smartphone owners, they have reaped the rewards of a plunge in mobile advertising prices as other corporate sectors slashed their marketing budgets.

“That gave a huge opening for companies like ours,” said Alexis Bonte, group chief operating officer at Stillfront, a free-to-play gaming group based in Stockholm whose share price has more than doubled since mid-March. “We got a double effect — the increased organics [usage growth] but also the effect of more efficient marketing . . . It was huge.”

Mobile gaming revenues, which already dwarf spending on PC and console titles, are now set to top $100bn this year, according to data groups App Annie and IDC, more than triple the combined sum for Nintendo Switch, Xbox One and PlayStation 4 titles.

Companies such as Fortnite creator Epic Games, puzzle app specialist Playrix and mobile games maker Playtika were each spending upwards of $2m a day on digital ads in late March, April and into May, games industry insiders say.

“Every other developer is looking at this as something that is unprecedented,” said Stephane Kurgan, former chief operating officer at King, makers of Candy Crush Saga.

US spending on console games — including physical discs and downloads from the Xbox, PlayStation and Nintendo digital stores — jumped to $662m in April, up 55 per cent year on year according to market researchers NPD, with sales in May up 67 per cent to $438m.

But in Europe alone, spending on mobile games grew 12 per cent between February and March to $740m, according to Sensor Tower, setting a new monthly record for the region at a time of year typically characterised by a post-Christmas decline.

Globally, daily “in-app” payments for mobile games — for the likes of extra lives, virtual items and outfits for avatars — have jumped 24 per cent since the pandemic began, according to gaming technology provider Unity. Smartphone users, meanwhile, have installed 84 per cent more apps than the same period a year ago.

At the same time, Unity found that the average cost per install — the price games publishers must pay for ads that persuade new players to download their app — fell by an “unprecedented” 33 per cent from March to April.

This set up a land-grab that powered up the lockdown gaming boom just as much as bored iPhone fiddlers. As many other marketers pulled their dollars out of the online auctions that determine most ad pricing, games companies swooped in to take advantage of the tumbling costs of reaching millions of eyeballs on Facebook, Google and other networks.

In recent years, publishers of free mobile games have become among the most adept online marketers, fine-tuning a system that relies on constant testing and measurement. The goal is to ensure that the cost per install on each new player’s phone is exceeded by that gamer’s predicted lifetime value, usually generated through in-app purchases of extra lives, virtual items and outfits for avatars.

Tracking CPI and LTV has become as much an obsession for games publishers as Roblox is for tweens.

Boosting marketing budgets at a time of huge global uncertainty was nonetheless a multimillion-dollar gamble.

“It was a very stressful period,” said an executive at one leading mobile games developer who was splurging more than $2m a day on ads at the peak of the pandemic. “You were spending a lot of money and you didn’t know whether the world would end.”

The bet appears to have paid off for top-grossing games such as PUBG Mobile, Roblox, Candy Crush Saga, Gardenscapes, Fortnite and, in China, Tencent’s Honor of Kings — which all featured among Sensor Tower’s top games by worldwide revenues for March and April.

“If you look at the league tables, what is striking today is that many of the games in the top 10 were there five years ago,” said Mr Kurgan. “Nobody expected that.”

For years, investors viewed games as a hit-driven business, where today’s Angry Birds would be toppled from the charts by tomorrow’s Flappy Bird. The emergence of “live operations”, where games are constantly enhanced with new levels, features or seasonal events, has challenged that view. It is now seen as easier to sustain an existing hit on mobile than come up with another.

“Look at the top games studios: the number of them that actually produce a successful second, third or fourth title is extremely low,” said Paul Murphy, a partner at venture firm Northzone and the founder of mobile game developer Dots.

That is driving up valuations for studios with breakout intellectual property that bigger publishers can put their marketing muscle behind. Multiples for a mobile developer have risen from five times earnings before income, tax, depreciation and amortisation to as much as 10 times, or even more for a company that has come to define a particular niche.

“They are buying their way to growth — all the big mobile studios are doing that,” said Mr Murphy. “It’s cheaper to buy a company than it is to build something.”

While the science of using CPI and LTV metrics to milk venerable franchises such as Candy Crush is well understood, nobody knows what will happen now that lockdowns are starting to ease. Many in the industry see social networking features as key to retaining players.

“Another thing that did well [during the pandemic] is everything related to community-building,” said Mr Bonte. “We are not seeing those people leaving.”

Teatime Games’ Trivia Royale is engineered to foster connection through a cartoonish avatar, similar to Snap’s Bitmoji or Apple’s Animoji, which uses the smartphone’s front-facing camera to mimic the player’s reactions and expressions.

Trivia Royale shot to the top of the US iPhone App Store charts this weekend, according to App Annie. But Mr Fridriksson admits that launching his new game during the lockdown was more coincidence than strategy.

“Usage in mobile phones has risen dramatically in the last few months, so that would look like a good thing for our title,” he said. “But maybe people are also bored to death of playing all these games on their mobile and want to go out in the sun.”

Get alerts on Games industry when a new story is published 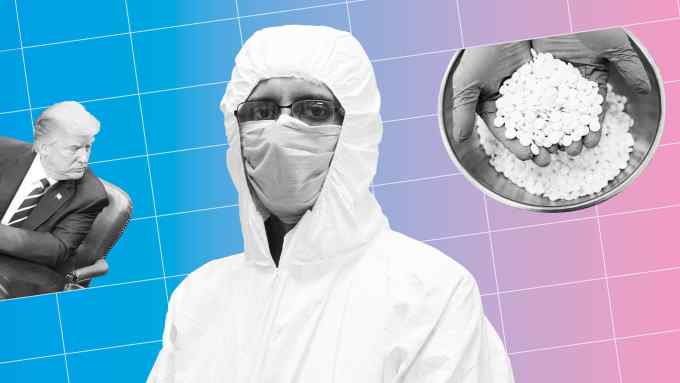