Blockchain technology could radically shake up trade finance, one of the most archaic corners of the financial world, by reducing its reliance on paper documents.

On average, a cross-border transaction requires the exchange of 36 documents and 240 copies, says Kerstin Braun, president of Stenn Group, which provides trade finance.

By 2050, experts suggest blockchain could provide a digital record of transactions. This would streamline the paper trail and improve transparency between parties, allowing the introduction of practices such as “dynamic factoring”, where interest rates change as goods approach their final destination.

Trade finance bridges the gap between when an exporter ships a consignment of goods and the time an importer pays for it. Banks shoulder the interim risk, such as if the importer does not or cannot pay, and finance the transaction for a fee.

At the moment, information is limited: the companies doing business are often in different parts of the world and may have little credit history. Information is also slow to reach the relevant parties as paper documents have to be physically exchanged.

‘Blockchain can provide detailed data on previous transactions, and thus provide some history to facilitate risk assessment by the financier’

Blockchain, a digital ledger, could give every party in a trade finance deal access to a single record of the transaction. This would allow them to see instantly what is happening, what changes have been made to documents and by whom, which could have far-reaching consequences for the cost and availability of trade finance.

The riskiness of trade finance, in theory, reduces as the goods get closer to the importer, although this is currently hard for all parties to ascertain. Aided by satellite or radio-frequency identification technology, blockchain could allow interested parties — from exporters to banks — to see immediately when, for instance, the goods are put on to a ship or the logistics firm picks them up.

Professor Hau Lee of the Stanford Graduate School of Business foresees a process of “dynamic factoring”, where at each stage of the journey, as risk falls, so too does the rate of interest charged to the exporter or importer.

“Blockchain lets you track every step along the way. Therefore it lowers the interest rate, because less collateral is needed,” says Prof Lee, who expects the technology to be widespread in trade finance by 2050.

Another benefit of organisations using a common digital platform to track trade finance deals is that it creates a data pool about potential clients and their transaction histories. This could make it easier for new entrants, such as large institutional investors or tech firms, to offer financing or refinancing options.

“At a time when institutional investors struggle to find yield in the public bond universe, the availability of this alternative source of income would be greatly welcomed,” says Francesco Filia, whose hedge fund Fasanara Capital invests in trade finance.

The opening up of the sector could even mean that by 2050 the cost of basic trade financing may fall to zero, says Cécile André Leruste, managing director for the consultancy Accenture Banking in Europe. Banks would instead earn money from selling data about, or providing ratings of, exporters or importers.

Blockchain could also help to expand the pool of companies that can access trade finance. This could reduce the trade finance gap — the difference between demand for the credit, particularly among small and medium-sized enterprises, and creditors’ willingness to supply it. 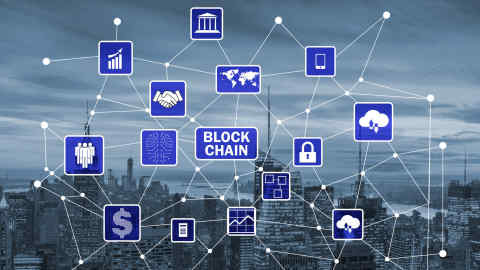 The trade finance gap currently stands at $1.5tn, according to the Asian Development Bank. It cites “know your customer” issues as a key reason why trade finance is refused. Many SMEs and firms in the developing world, for instance, cannot show a long history of transactions. This makes it harder for creditors to assess their risk, and therefore less likely to lend to them.

“Blockchain can provide detailed data on previous transactions, and thus provide some history to facilitate risk assessment by the financier,” says Prof Hau.

Banks could look at data — that would be more readily available, more comprehensive and, in theory, more trusted (because all participants can see who made changes to a document) — on the parties related to current and previous transactions, and possibly even the wider supply network.

Making financing more accessible would also give importers more choice of goods and help the economic development of poorer countries.

Many of the documentary contracts currently used in trade finance could eventually be replaced by self-executing smart contracts that run on blockchain, according to Tim Cummins, president of the International Association for Contract and Commercial Management.

This would mean contracts could be executed quicker and more simply, for instance when someone speaks into their phone to confirm shipment.

Smart contracts could also open up markets to more people, for instance using pictures to help suppliers who are illiterate to understand the terms.

Mr Cummins says many contracts in the developed world require PhD-level study to be understood. “It is all about a world where we are seeking to reduce the inequalities created by the misuse of power and by ‘bullying’ — which is arguably what traditional contracts are all about,” he says, adding that by 2050 documentary contracts will be unusual.

For all the eventual benefits of blockchain, some parts of this archaic world may remain untouched, however.

“You’re probably never going to get to the situation where it’s paperless,” says Alisa DiCaprio, head of trade and supply chain at blockchain software firm R3. “You’re always going to have countries or regions that require paper.”

Blockchain has a role in movement of goods, too / From Charles Le Gallais, Taunton, Somerset, UK

READ MOREHow we will live in 2050
Buying versus shopping: how retail will be transformed by 2050 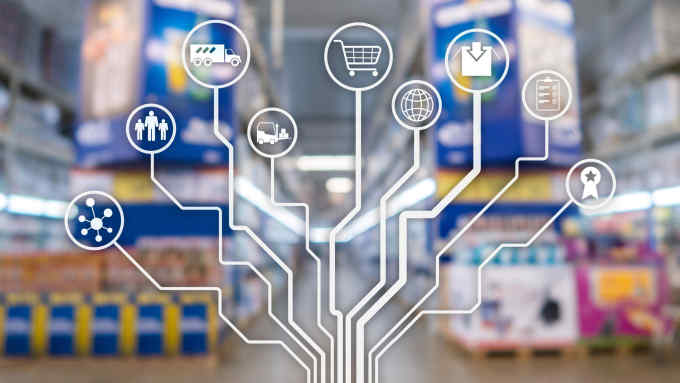