Hedge funds rush to get to grips with retail message boards

Hedge funds accustomed to poring through arcane corners of earnings reports in search of companies to bet against are turning their sights on foul-mouthed online message boards in an effort to stay ahead of day traders who have started beating them at their own game.

Since early 2020, alternative data provider Quiver Quantitative has been scraping data off the now 4.5m-strong Reddit message board r/WallStreetBets, identifying the most talked-about companies, and using language processing to determine whether sentiment is positive or negative.

In the past few days numerous institutions and large hedge funds have been in touch asking for additional real-time data about discussions happening on Reddit forums, said James Kardatzke, Quiver chief executive and co-founder

“Everyone is looking at Melvin and these other hedge funds that went short as a cautionary tale,” he said. “You need to be aware of where retail might be able to blow up a position, or where there might be a real surge on retail interest,” he said.

The surge in interest comes after hedge fund Melvin Capital was this week forced into a rescue package from other investors after an unprecedented assault by individual traders crushed its bet against console retailer GameStop. Others do not want to fall into the same trap.

The head of one of the world’s biggest hedge fund firms told the Financial Times it was planning to start using natural language processing to scour forums such as Reddit to avoid being caught in pile-ons against negative bets. “Reddit is definitely a risk management issue. It’s at the top of our agenda,” the person said.

Reddit and other social media platforms are now playing a more central role in financial markets, said David Lebovitz, global market strategist at JPMorgan Asset Management. “Now you will be able to tap into less traditional sources of information to figure out how retail is positioned. This is a segment of the market that has been historically opaque, and now we’re beginning to flash a light around.”

In the past, institutions have leaned on other open-source data providers to understand retail traders’ sentiment, or to take out bets against amateur strategies. While some of the scraping is done by algorithms, some is still done by humans. ExtractAlpha uses natural language processing to track buy and sell recommendations by bloggers, and then sells research based on that data to hedge funds.

Other forums on Reddit as well as Twitter are popular with investors, but for institutions, “WallStreetBets is the biggest focus right now because it is such a big community for retail investing, and a lot of people see it as a place going forward that’s really going to influence what retail investors are focused on,” Mr Kardatzke said.

“The herd has learnt how to use the technology of Wall Street against them,” said David Nadig, chief investment officer at ETF Trends. Retail investors — a group that often includes former and current Wall Street professionals — have access to technology, market information and margin to a degree that was not seen two decades ago during the dotcom day-trading boom, said Mr Nadig. “Wall Street is being challenged by retail,” said Mr Nadig.

One Wall Street investor who spoke under the condition of anonymity speculated that these platforms would not retreat back into obscurity, predicting instead that they could become a “breeding ground for targeted disruption of companies”, especially those perceived to be behaving badly. The person warned that institutions that do not make good on certain environmental, social and governance standards, for example, could get caught in the crosshairs.

The forums could also facilitate more insidious behaviour, the investor cautioned. “GameStop is a [small, struggling] company . . . but what about taking a highly functioning company and bringing it to its knees?”

What do you want to know about Reddit's impact on Wall Street? The FT's global finance correspondent Robin Wigglesworth will be taking over the @financialtimes account at 6.30pm GMT/1.30pm ET to answer your questions on Instagram Live. Submit questions here 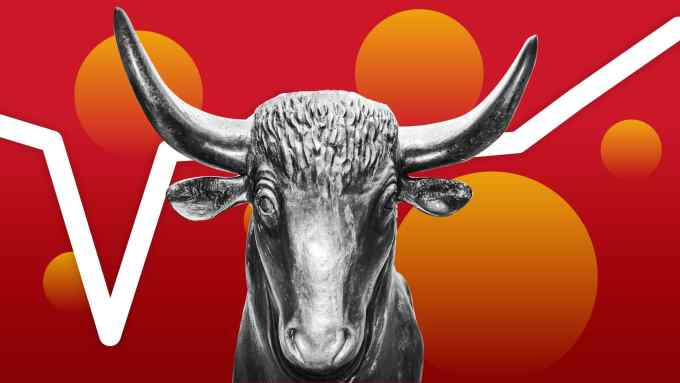