The launch of singer Billie Eilish’s perfume in the UK last week might come as a surprise to those who believed celebrity fragrances to be dead. The scent – contained in a bronze bust-style bottle and with notes of mandarin, vanilla and cocoa – sold out within hours when it was released in the US, last November; at Harrods, the UK’s exclusive retailer, it sold out just as fast and is likely do so again.

Celebrity fragrances first gained traction in the 1980s when Liz Taylor collaborated with Elizabeth Arden to create the blockbuster White Diamonds. Further scents quickly followed, coming to a head with the release of Jennifer Lopez’s Glow, in 2002, which was so successful that, in its first year alone, it turned over $100mn in sales. But by 2010, the market was oversaturated – even Kermit the Frog had Amphibia – and the market started stalling; according to NPD Group, sales of celebrity scents in US department stores fell from $150mn in 2011 to $50.6mn by 2014.

Since then, the nature of celebrity-driven beauty and fragrance brand-building has changed considerably, with new launches marketed as much on quality as pop appeal. Moreover, the personalities behind them are different: 20-year-old Eilish – famous for having built an entirely self-styled, off-kilter, alternative aesthetic – is far removed from the bubblegum pop stars that might have launched perfumes in the past.

Rihanna’s new Fenty Eau de Parfum is another example. The singer already had 11 fragranced products sold under her name, but when she moved into the beauty market with Fenty (with backing by Kendo, LVMH Group’s incubator) in 2017, she moved the genre into a different league: the Fenty beauty brand is valued at $2.8bn. The perfume that she released last year – a mix of magnolia and musk – was blended by the fêted nose Jacques Cavallier Belletrud. It costs £115 a bottle and is currently sold out everywhere. The days of the coffret, where mid-range celebrity fragrances were packaged with soaps and deodorants, are gone.

Harry Styles is another good example. Back in 2013, his band One Direction launched the sugar- and berry-heavy Our Moment fragrance – which sold 180,000 bottles the first week it hit shelves. Styles has since morphed from teen idol to solo star and actor, but more recently he’s become a beauty entrepreneur. Last year he launched Pleasing, a beauty line including nail colours and face serums – with a fragrance rumoured to be in the works. Pleasing has also put a focus on formulation and sustainable credentials – causes dear to the target millennial and Gen-Z consumers who are more climate conscious and suspicious of bigger, mass-produced brands.

Ultimately, the success of any fragrance comes down to… how good it smells

Such moves also speak to a savvy investment in a market which is growing once again. NPD reports that fragrance sales have risen 35 per cent on pre-pandemic levels in the US, outpacing skincare as a category, while Fortune business insight predicts the global market will grow by 5 per cent to $43.2bn by 2028. Eilish and Styles have been clever, tapping into a new revenue stream while finding new engagement with their fans.

Ultimately, however, the success of any fragrance, regardless of endorsement, comes down to just how good it smells. There’s a good reason why the amber vanilla hit of Beyoncé’s Heat, which first appeared in 2010, has remained a bestseller, for example. And that’s because it’s really great. 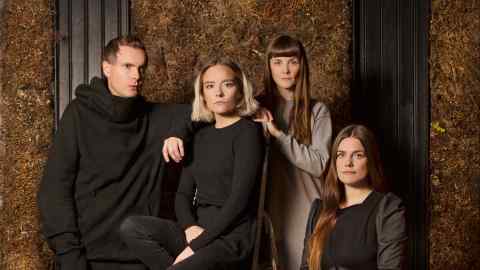 And celebrity scent is becoming more sophisticated. Last year FKA Twigs worked with the Seattle-based perfumer Christi Meshell, of House of Matriarch, to create Magdalene, a limited release of only 180 bottles containing a leathery, rose otto and incense-rich scent, which came wrapped in fabric recycled from the singer’s tour wardrobe. FKA Twigs has been working with Meshell for years. There was first talk of the fragrance being sold in 2016, but nothing materialised. It’s genius marketing if nothing else. Likewise, the pear, rose and cedar notes of God is a Woman, which Ariana Grande released in 2021, come from the laboratory of esteemed nose Jérome Epinette, who has created formulas for Byredo.

This new group are bringing sophistication and wit to a market which for too long was rather cynical and stale. With the rise in more considered, careful fragrances, the new perfumers may well persuade the masses to smell like their idols once again.