Kering has begun reallocating inventory from China to other regions, reviewing product launches and weighing cost cuts as the French luxury group seeks to cope with “particularly uncertain conditions” driven by the coronavirus outbreak.

The health crisis is expected to weigh on the luxury sector this year given the outsized contribution made by Chinese shoppers both at home and abroad. Jefferies estimates that Chinese buyers accounted for roughly 40 per cent of the €281bn spent on luxury goods globally last year, but drove 80 per cent of the growth.

Kering chief executive François-Henri Pinault, whose family holding company owns 41 per cent of the group, said that about half of its stores in China were now closed while others were seeing sharply reduced traffic and operating reduced opening hours. Kering owns the Gucci and Yves St Laurent brands.

“Our environment has changed significantly with the coronavirus outbreak,” he said on Wednesday. “Due to the evolving nature of the situation, it is impossible at this time to fully evaluate the impact on business and how fast it will recover.”

“I do not want to engage in guesswork . . . but we expect things to return to normal promptly once the emergency is over. We want to be ready and in a good position when the rebound begins.” 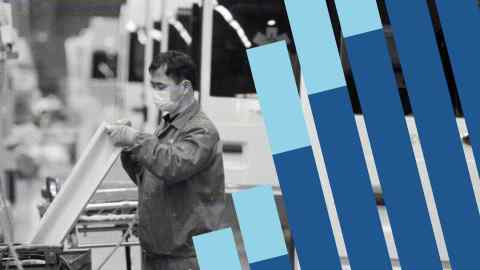 His comments came as Kering reported annual results with sales in the last three months of 2019 beating expectations. Fourth-quarter revenue rose 11.4 per cent on an organic basis, which strips out the effect of currency movements and acquisitions, to €4.4bn, ahead of the 9.7 per cent increase forecast by a Bloomberg survey of analysts.

Gucci, which brings in about 80 per cent of annual operating profit, increased sales by 10.5 per cent on an organic basis in the fourth quarter, also ahead of analysts’ expectations, but slower than the double-digit rises reported in 2018. Kering also owns the brands Bottega Veneta and Balenciaga.

Net income fell by nearly 40 per cent because of a €1.25bn tax penalty the group paid to the authorities in Italy following a dispute. However, annual operating profit rose 19.6 per cent to €4.8bn, ahead of analysts’ expectations for €4.73bn.

Kering did not provide specific financial guidance for this year but said it “remains confident” in its medium and long-term growth potential.

“The fourth quarter was great, but we need more information on current issues in China,” said Flavio Cereda, analyst at Jefferies. “The underlying strength of the business bodes well for the second half.”

Airlines
Chinese airlines rush to refinance fleets because of coronavirus 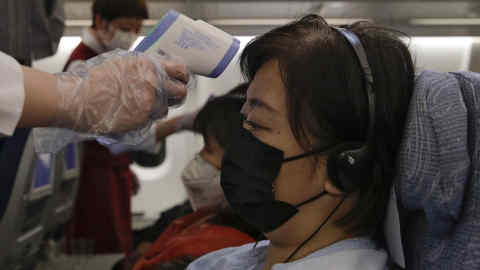 Kering shares rose 3 per cent in early trading compared to a 0.4 per cent rise for France’s blue-chip CAC 40 index.

Before the results were announced the stock had risen 25 per cent in the past year, while shares in rivals LVMH and Hermes had risen 43 per cent and 30 per cent respectively.

Investors have worried that Kering’s growth has become too reliant on Gucci and have raised the question of whether the group needs to make acquisitions and find another blockbuster brand.

Kering was reported to have explored an acquisition of Italian puffer coat maker Moncler last year. Mr Pinault downplayed this, saying the group’s priority was to grow its own brands, although he admitted to having met last year with Moncler boss Remo Ruffini. “We know each other and we appreciate each other, but there is no active project on the table in terms of M&A,” he said.

Get alerts on Kering SA when a new story is published