Ministers are drawing up plans for a two-tier system of UK border controls for EU citizens as Theresa May prepares to tighten migration rules at the expense of single market membership.

Senior government officials expect the prime minister to decide on a system based on work permits and new automated security checks — similar to the US visa-waiver programme — for EU citizens travelling to Britain.

The cabinet is divided on how to regulate the flow of EU workers into Britain. Former Remain supporters advocate a “free movement minus” regime that would consist of a cap on migrant numbers and an “emergency brake”.

Pro-Brexit politicians want an end to free movement and the introduction of a work permit system, with the government having the power to decide how many EU citizens would be allowed into Britain each year to take up a job offer. They also want restrictions on welfare payments.

Crucially, Amber Rudd, home secretary and a former Remain supporter, is thought to back the work permit plan while Mrs May’s allies say she is also minded to endorse the idea.

Home Office officials are also working on the idea of an electronic visa-waiver scheme for EU citizens visiting Britain — similar to the US Electronic System for Travel Authorisation, or Esta — to allow for pre-travel security screening.

“Everyone is going down that route and the aim would be to ensure that it is not onerous on travellers,” said one government official. “You might be able to do it on your phone.”

Last year the European Commission announced plans for a similar scheme covering visitors to the Schengen border-free travel area who do not need further visas once inside. Under the EU plan, travellers would apply online, paying €5 per application, to carry out advance checks to screen for anyone posing a security or illegal migration risk. That scheme is expected to apply to Britons after the UK leaves the EU.

The work permit idea would be the more contentious part of the UK government’s plan as it would mean an end to the free movement rules that come with membership of the single market.

Mrs May is not expected to go into details of her thinking on immigration rules when she makes her speech on Brexit on Tuesday and a spokeswoman for the prime minister said: “No decisions have been taken.”

The precise system is likely to be hammered out during the exit negotiations with the bloc.

This, he added, would also avoid the situation whereby the government tried to second-guess the market with sector-by-sector allocations of work permits, causing inevitable labour shortages. Mr Hague believes immigration would fall because EU workers would no longer qualify for most benefits.

Under a more restrictive scheme, favoured by some pro-Brexit Conservative MPs, EU citizens would be issued work permits in the same way as non-EU citizens, admitted according to gaps in the labour market. Under that model, the trade-off between border controls and access to the single market would almost certainly be bigger and cause more damage to trading relations between Britain and the EU.

On a practical level, treating all migrants as one would double the Home Office’s bureaucratic burden since the 284,000 EU citizens who moved to the UK over the past year would have to apply through the same visa channels as the 289,000 non-EU citizens who did so. 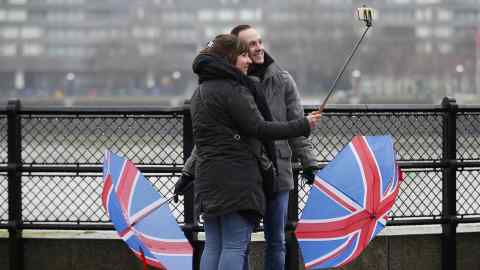 Commenting on the proposals, Barbara Roche, a former Labour immigration minister and now chair of the Migration Matters campaign group, said focusing on the higher end of the skills spectrum, while politically expedient, could cause problems later.

“Given that Theresa May has effectively ruled out a points-based system, the government is clearly working towards a work permit scheme for highly skilled migrants. But what worries me is whether that is going to be flexible enough to suit the needs of the market,” Ms Roche said.

“At the moment, EU nationals might come into the UK for a low-skilled job but then pick up language skills, work towards new qualifications, and progress into other more highly skilled roles, or even set up their own businesses.”