We use cookies (opens in new window) for a number of reasons, such as keeping FT Sites reliable and secure, personalising content and ads, providing social media features and to analyse how our Sites are used.
Manage cookies
Accept & continue
Special Report European Commission

Europe and Asia in race to set 5G mobile standard

Being first will bring in rich patent licencing payments

An intense rivalry is developing between Europe and Asia to be the first to develop the next generation of mobile technology, known as 5G. Being first would allow a region to set the standard and reap the economic benefits, chiefly the fees from patent licensing.

The next generation network is expected to build on, rather than replace, existing 4G services. It is likely to be able to deliver data speeds up to 10 gigabits per second (gbps) and near instant reaction times capable of supporting connected cars and virtual reality applications.

The European Commission has stepped in to help companies such as Nokia and Ericsson stay in the forefront. Last month the regulator summoned telecoms groups to a meeting to help speed up and implement a strategy to deploy next generation mobile services.

Regional authorities have control over policies regarding spectrum allocation and the licensing needed to launch 5G services. Europe has already said that the 700MHz band — used for TV services — will be reallocated for 5G use, and it will work on securing high-frequency spectrum above 6 GHz by 2020.

“Governments should make sure that an additional 500 to 1,000MHz should be made available,” says Ryan Ding, president for products and solutions at Huawei Technologies. “Governments should also issue more licenses to leading telcos to improve the experience with existing networks.” ‎

However, some experts say Asian countries may already have a lead, not least because Korea has promised a form of the technology in time for the 2018 Winter Olympics. Chinese companies such as Huawei and ZTE are also working to establish 5G standards. 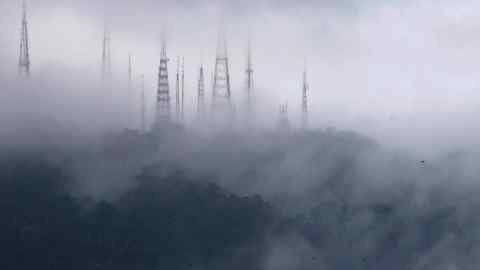 Kester Mann, analyst at CCS Insight, says that the primary focus at Mobile World Congress, the annual telecoms sector conference, will be on Asian operators as the “race to launch the first pre-commercial networks intensifies”.

“The PyeongChang 2018 Winter Olympic Games in South Korea and the Tokyo 2020 Olympic Games in Japan will be high-profile events for such deployments. KT Telecom and NTT DoCoMo are likely to articulate their plans for the events and 5G technology at Mobile World Congress,” he adds

European telecoms groups, meanwhile, have been more conservative about their own 5G plans — preferring instead to work with more advanced 4G formats for now. But, having recently completed the acquisition of Alcatel-Lucent, Nokia was “likely to set out its vision with a strong focus on 5G technology,” Mr Mann says.

Evolution of the network

1980s The first generation of the cellular network was an analogue system that supported voice services only. The technology drove early mobile adoption but was problematic, and using a phone abroad was impossible.

1990s Mobile networks emerged supporting far more users and better security. As well as voice, they began to support simple data and gave birth to the ‘text message’ as a means of sending a memo between handsets. Consumers were also able to roam on foreign networks.

2000s Growing use of internet and broadband led to mobile systems that were built to support high-speed data services. Phones with advanced operating systems became available which could support video calls. This resulted in a dramatic rise in the use of mobile data.

2010s The shift toward smartphones and other mobile devices forced operators to seek more efficient ways to use the spectrum as heavy usage of sites such as YouTube was stretching the network. The current generation of mobile data services is about 10 times faster than 3G network speeds.

2020s 5G will not be just about the mobile phone but about providing connectivity over the airwaves to billions of devices that in future will require access to the internet, ranging from driverless cars to smart cities. Enabling this ‘internet of things’ will require a mobile internet that is as broad as it is fast.

Downloading an MP3 Near instant

Get alerts on European Commission when a new story is published