How Hot Wheels became ‘the largest auto manufacturer out there’

More than 16 cars are sold every second. But what does it take to make a tiny classic motor?

Little cars are big business. While Toyota was busy celebrating its status as the world’s largest car company after selling 9.5mn cars in 2020, Hot Wheels – the maker of the micro machines that litter living rooms around the world – was already well past the 500mn mark. After starting out in California in 1968, Hot Wheels has gone on to sear its flaming red and yellow logo on the minds of millions of children, adults and collectors alike. More than six billion pocket-sized cars have been made since Elliot Handler, Ruth Handler and Harold Matson founded its parent company Mattel; the Hot Wheels range now exceeds 20,000.

“We call ourselves the largest auto manufacturer out there,” laughs Ted Wu, Mattel’s vice president of design for Hot Wheels from his office in Los Angeles. “Over 16 Hot Wheels cars are sold every second and I think the key to our success is variety and freshness.

“We’ve got a range of really fantastical vehicles like a toilet seat on wheels or a giant rubber ducky, but then there are the designs which follow the form of an actual vehicle,” he explains, looking over the many models that line his office shelves. With a degree in business economics and visual arts from Brown University, Wu went on to study animation and illustration before joining Mattel in 2003. From there, the car enthusiast went on to work on the likes of Toy Story and Disney Pixar’s Cars before heading up Hot Wheels design.

“We’ve got a stable of incredibly talented designers from the transportation industry,” says Wu. “A lot of them worked at real auto manufacturers like the big three and a lot have graphic design experience if they’re not from transportation design backgrounds.

“Hot Wheels is a pretty good creative outlet because if you work at an actual car company, you can get trapped designing the door handle or the knob on the radio. But here, we’re doing 130 new car designs a year. It’s great to see your work come to fruition and get out there in the world – it’s really cool.”

Kicking things off with a single dark blue Custom Chevrolet Camaro which first rolled off the line in 1968, the Hot Wheels model range quickly grew into what’s now become known as the “Original Sweet Sixteen”. The collection reflected the custom, hot-rod and muscle-car scene of the era with deep candy colours, plenty of chrome and engines that popped from the hood. Alongside the cars were “up to 30ft of special track and accessories, so you can race ’em or stunt ’em,” said the brand’s original marketing material. Since then, the range of cars produced has widened significantly, reflecting both the custom scene and consumer car market around the world. From 16 models in 1968 to over 20,000 in 2022, the Hot Wheels product portfolio is showing no signs of slowing. To keep the new cars coming, Wu and his team of designers follow cultural trends in car communities to help decide what the next batch of models will be each year. “It starts with looking at culture, and that’s where Hot Wheels was born – out of California custom-car culture,” says Wu.

“It’s sort of one of those complex math problems that we have to figure out every year,” laughs the design boss. “There’s a lot of science to the mix. We talk a lot about silhouettes, colours and what are the right sort of vehicles at the moment to recreate.” Since the brand launched its Car Culture line in 2016, which features metal chassis, more realistic tyres and greater detail, Hot Wheels has miniaturised everything from real-life exotic supercars to niche modern classics and cars from underground tuning communities around the world. Taking it one step further in recent years, the brand has built on the cultural capital it’s accrued, embarking on partnerships with luxury juggernauts like Gucci and IWC Watches to broaden its appeal beyond the car collector community. Unsurprisingly, the limited-edition models sell fast and for high prices, with its shrunken Gucci Cadillac Seville replica now commanding around £300-£350 on the second-hand market.

Once the styles and scenes have been selected for the year, Wu’s team gets to work and starts sketching out their ideas while kicking off confidential conversations with car companies for the models that are based on real-life future production cars.

Hot Wheels is a creative outlet... we do 130 new car designs a year

After whittling down the ideas, the successful ones go through to the all-important sculpting and scaling phase. Unlike a traditional carmaker, which uses full-scale clay models to hone its designs, Wu’s method is more technology-led. Using 3D-modelling software, designers can sculpt a virtual representation of their design in thin air using haptic feedback pens before the file is sent to the rapid prototyping bay to be printed into a physical structure in a matter of hours.

“When translating something into 1:64 scale, it doesn’t quite work like shrinking it down 64 times because the car doesn’t look quite right – the emotion the car evokes isn’t quite there,” insists Wu. “So there’s some pushing and pulling, like making the fenders come out a little bit more, or making the stance more aggressive and maybe making the wheels a little bit bigger.”

While the design and proportions of the car are being perfected, teams are working on the colour and decoration, giving each model its own colourful characteristic. Once settled on that, it’s off to the factory before the process starts again: 129 more times throughout the year. 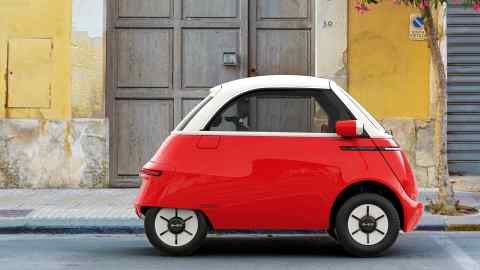 Now the brand is well past its half-century with a multi-generational following, the once young collectors have set about reversing the process and putting forward their own vehicles to become part of the Hot Wheels line-up. “We wanted to do something that would celebrate the heritage of Hot Wheels and also tie us closer to our automotive roots and custom car culture,” says Wu, explaining how they created the Hot Wheels Legends Tour competition in 2018 to celebrate the 50th anniversary.

“We started to go around the US and host car shows but the thing about Hot Wheels car meets is that you get an eclectic group of vehicles – nowhere else will see a Bugatti next to a car that looks like a giant chicken!”

Looking for a hook for the shows, they decided to immortalise the winning car in 1:64 scale, giving way to a wave of car customisers clamouring for the chance to have their pride and joy shrunk down and reproduced. “Four years later, we’ve continued to expand the show and grow it in size. Every car we pick has a really great story about how that vehicle was made. Garage spirit is key to what Hot Wheels is about.”