British boardrooms will be asked to recruit at least one person from an ethnic minority background in the next three years by an influential corporate lobby group that wants to harness the momentum of anti-racist protests to push for greater executive diversity.

The 30% Club, which was formed a decade ago to push for more women in board positions across the FTSE, will on Wednesday announce a series of targets for the UK for the next three years centred on bringing greater ethnic diversity to top management positions.

Ann Cairns, global chair of the 30% Club and executive vice-chair at Mastercard, said the pandemic, “coupled with anti-racist protests . . . in solidarity with US campaigners for Black Lives Matter — and renewed focus on race relations globally — are creating much needed focus on the inequalities in our societies”.

She added that “the glass ceiling is still pervasive and women of colour face some of the greatest hurdles of all”.

At least half of the new board roles for people from an ethnic minority background should go to a woman of colour, according to the group, which forms part of a wider push by corporate campaigners on laggard boards to take action to improve ethnic as well as gender diversity as they emerge from the pandemic.

We are not harnessing the wonderful talents of people who think differently, have different backgrounds,

British companies are coming under scrutiny over the sort of executives being appointed to the highest level of management as causes such as Black Lives Matter focus attention on the role of corporate actions within society.

When the 30% Club was set up in 2010 by financier Helena Morrissey, women held only 9.5 per cent of FTSE 350 board positions on average. Women now hold 32 per cent of board seats on average, meeting the group’s initial ambitions.

Ms Cairns said more than a third of FTSE 350 boards remained below the original 30 per cent target, however, so more work was needed to ensure that all companies had sufficiently diverse boards.

The new 30% Club goals mirror efforts to ensure that there is at least one board member from an ethnic minority background in every boardroom by a government-backed review led by John Parker, the British businessman.

In February, this review found that more than a third of FTSE 100 boards still lacked any ethnic minority representation.

Women are also still significantly under-represented as chairs and chief executives, the 30% Club said, and only hold a fifth of FTSE 350 executive committees roles. 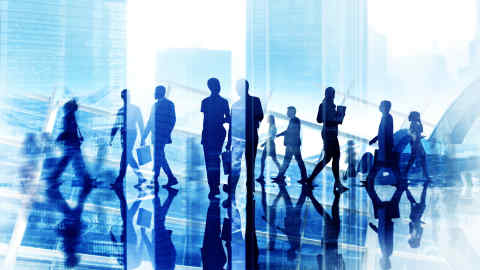 The 30% Club wants a third of all new FTSE 350 chair appointments to go to women between now and 2023, with a high level of turnover expected in these positions as chairmen come to the end of their tenure, according to Ms Cairns.

She said that “further progress is needed and now is definitely not the time to step off the gas”, pointing to data showing that diverse companies outperformed. She said she was increasing her own efforts in approaching chief executives and chairmen.

“Disappointingly though, in 2020 leadership of our business world still doesn’t reflect our wider population and we are not harnessing the wonderful talents of people who think differently, have different backgrounds, cultures, ethnicities and many other differences.”