Our tractors should be ploughing fields and feeding the world, not towing enemy tanks
Oleg Ustenko

The writer is economic adviser to the president of Ukraine

The brutal Russian invasion of Ukraine is destroying a country, displacing millions of people and ruining lives. Vladimir Putin has already come close to causing a major nuclear disaster and appears to have plans for more. In addition, Russian violence is creating a global food security crisis.

Ukraine is the world’s fifth-largest exporter of wheat, but farmers cannot now start what is called their spring sowing campaign. The regular window for starting field work is the first 10 days of March, and planting needs to be fully completed in the last week of April. We have highly productive soil, but also a climate that sets the rules. There is already no way that Ukrainians will be able to sow this year based on a normal schedule.

Those parts of Ukraine which are most productive in terms of agricultural production are now consistently under aerial attack and artillery bombardment. Working the fields in regions such as Chernihiv, Poltava, Kharkiv, Sumy, and Zhitomir has become practically impossible.

According to regional administrators, some of these fields are likely to be mined or contain unexploded ordnance. Even when we are ready to start ploughing and planting, anti-mining and ordnance measures will be essential — and we urgently request help from all civilised countries in that task.

Ukrainian farmers are resilient. But they also have other important tasks at hand. These currently include capturing Russian military equipment, blowing up fuel convoys, and allowing demoralised Russian soldiers to talk with their mothers. We are a humane and innovative people, but we also know what our priorities must now be.

Our tractors should be ploughing fields and feeding the world, but instead too many of them spend time towing broken down and captured Russian equipment. All that deadly junk will be recycled, of course, but we would much rather be busy growing the food that people everywhere need to survive.

If this war is not stopped immediately, the world will experience a drop of global supply between 10 per cent to 50 per cent of major agrarian products including wheat, barley, corn, rapeseed, and sunflower oil. In recent decades, because of smart investments, increased productivity, and overall efficiency, Ukrainian agriculture provided a major buffer for the food security of billions of people around the world. Western companies that have worked with us on this vital endeavour are a vital part of our on-ground team.

But agricultural commodity prices have already increased and, once markets realise the full depth of Putin’s madness, we should expect them to spike further. Rich western countries may think they are less exposed, due to the nature of their food consumption, with more meat and less bread in their diet than poorer ones. But higher commodity prices increase the cost of livestock feed and will provide a further boost to inflation pressure in the US, the EU, the UK and all developed countries.

The price tag for supporting poor people worldwide will increase substantially. On the Chicago Commodity Exchange prices for wheat already demonstrate substantial growth. To avert widespread hunger, massive budget pressures and further inflation shocks, the world needs to act very quickly. All possible measures to stop Putin’s troops must be on the table — including steps that would have been unimaginable 10 days ago. The food production clock is ticking.

Each extra day of the Russian war against Ukraine threatens to push the world into a new Dark Age. We will emerge victorious and every Russian tank and armoured vehicle will be destroyed or sent back home. But the human cost will be enormous.

This cost will mostly fall on Ukrainians and the unfortunate Russian conscripts sent to fight us. But it will also fall on people around the world who worry about how much food they can afford to buy for their families.

To stop Russia, it is essential to impose a full set of sanctions on Russian energy exports immediately — this will reduce the finance available for Putin’s war machine. We are calling on all energy producers to step up and help ensure that effective sanctions do not push up fuel prices.

Russian oil and gas are already the equivalent of blood diamonds. If you buy Russian energy products, you are directly financing the killing of Ukrainian children, the forced displacement of millions of people and the disruption of global food supply chains. Putin’s war threatens famine and global famine always brings disease.

The Russian bell tolls for people who consume food everywhere. 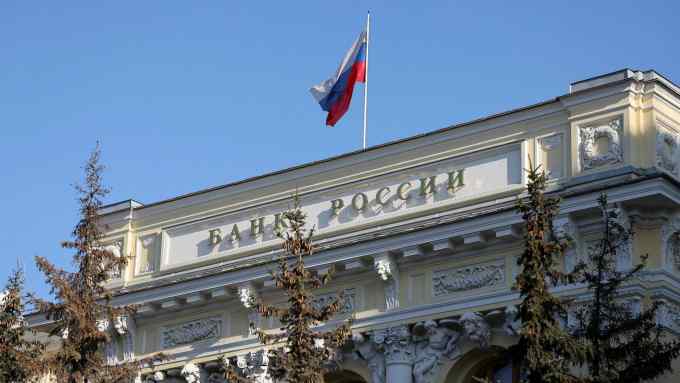