The Federal Reserve must reduce long-term damage from coronavirus

This article is part of an FT series on the economic cures for the coronavirus crisis, in which leading commentators and policymakers give their views on how to alleviate a devastating global slowdown.

Around the world, policymakers are grappling with the effects of the devastating coronavirus.

Experts on public health are taking the leading role, as they should. For their part, fiscal policymakers are helping to fund the public health response while providing critical aid to people whose lives and livelihoods have been shattered by the virus and its effects. Fiscal policy will certainly have to do more as the size of the hit to economic activity becomes apparent.

Central banks, like the US Federal Reserve, also have a useful role to play. Some of the actions recently announced by the Fed, including cutting the short-term policy rate nearly to zero and preparing to buy at least $700bn in Treasury debt and mortgage-backed securities, are superficially similar to those taken by monetary policymakers during the 2008 financial crisis.

However, the underlying challenges today are quite different. Back then, the near-collapse of the financial system froze credit and spending; the goal of monetary policy was to restart both. Now, the problem is not originating from financial markets: they are only reflecting underlying concerns about the potential damage caused by the coronavirus pandemic, which of course monetary policy cannot influence.

In the near term, public health objectives necessitate people staying home from shopping and work, especially if they are sick or at risk. So production and spending must inevitably decline for a time.

Video: Coronavirus: can we protect markets and companies?

So what are the Fed’s objectives today? Its recent actions have been aimed at stabilising financial markets, which have been highly volatile and have not functioned normally. Communications difficulties among teleworking or siloed traders and selling from leveraged traders who are having to post additional cash to meet margin calls as share prices fall may have contributed to the market’s illiquidity. The most important financial markets, including those for US Treasury debt and mortgage-backed securities, must work properly if lenders are to feel confident about extending credit to households and businesses in such unusual times.

However, the Fed and other policymakers face an even bigger challenge. They must ensure that the economic damage from the pandemic is not long-lasting. Ideally, when the effects of the virus pass, people will go back to work, to school, to the shops, and the economy will return to normal. In that scenario, the recession may be deep, but at least it will have been short.

But that isn’t the only possible scenario: if critical economic relationships are disrupted by months of low activity, the economy may take a very long time to recover. Otherwise healthy businesses might have to shut down due to several months of low revenues. Once they have declared bankruptcy, re-establishing credit and returning to normal operations may not be easy. If a financially strapped firm lays off — or declines to hire — workers, it will lose the experienced employees needed to resume normal business. Or a family temporarily without income might default on its mortgage, losing its home.

To avoid permanent damage from the virus-induced downturn, it is important to ensure that credit is available for otherwise sound borrowers who face a temporary period of low income or revenues. One of the Fed’s principal goals is to ensure that credit is available. It has strongly encouraged banks to work with borrowers suffering from temporary income losses, and it has lowered the interest rate it charges to banks who borrow from the Fed’s discount window. The Fed’s purchases of mortgage securities should lower mortgage rates and make it easier to obtain or refinance a mortgage. Congress is also looking at providing targeted help to households, firms and industries most severely hit by the economic effects of the virus.

However, there is more that the central bank should consider doing as it helps Congress reduce the long-run effects of the downturn.

There are other tools the Fed could use to get funds into the credit stream, such as a facility (technically known as a repo facility) that could provide cash to a wider range of lenders than the discount window, against various forms of collateral. The Fed’s announcement that it will revive the Primary Dealer Credit Facility, set up in 2008 to help dealers finance their holdings of credit, is an important supplement to these efforts.

The Fed could also explore a low-cost financing facility for banks to support lending to households and small businesses adversely affected by the crisis. A facility, similar to the Bank of England’s Funding for Lending Scheme, could spur the provision of credit to these borrowers. Funding for lending programmes have been successful in a number of other major economies at increasing the availability of credit to bank-dependent borrowers.

The Fed, with the support of Treasury and the Congress, could also restart the Term Asset-Backed Lending Facility — a programme that succeeded during the 2008 crisis in expanding credit to many households and businesses. This facility could support the issuance of asset-backed securities collateralised by loans to businesses and consumers affected by the crisis.

Beyond ensuring that lenders have adequate liquidity, the Fed has already taken an important step toward unfreezing corporate credit markets. In 2008, the commercial paper market — through which corporations get essential short-term funding — effectively froze up, putting many companies under critical pressure. The Fed created a programme called the Commercial Paper Funding Facility, through which the Fed made short-term loans directly to qualifying firms. The Fed is reinstituting this programme, which was highly successful during the crisis, not only in ensuring the flow of short-term credit but in unfreezing the market and bringing back private lenders. It also made no losses and earned a profit for taxpayers.

Finally, as Eric Rosengren, president of the Federal Reserve Bank of Boston recently suggested, the Fed could ask Congress for the authority to buy limited amounts of investment-grade corporate debt. Most central banks already have this power, and the European Central Bank and the Bank of England regularly use it. The Fed’s intervention could help restart that part of the corporate debt market, which is under significant stress. Such a programme would have to be carefully calibrated to minimise the credit risk taken by the Fed while still providing needed liquidity to an essential market.

Central bank tools cannot eliminate the direct costs of the virus, including the suffering and loss it will create. However, the Fed can help mitigate the economic effects of the outbreak, particularly by assuring that, once the virus’s direct effects are controlled, the economy can rebound quickly. 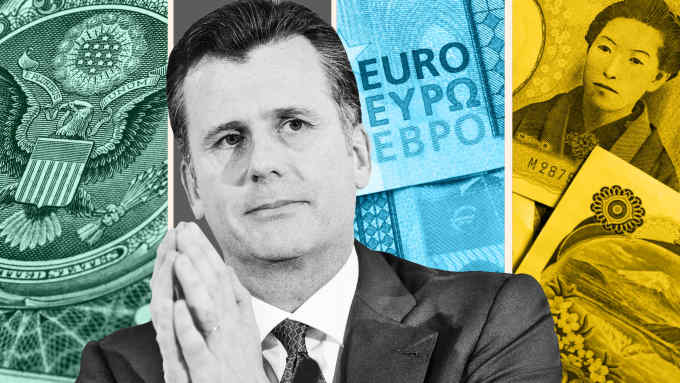