Going solo as a consultant delivers rewards, but adds pressure

Flexibility, shorter hours and similar pay are behind a boom in freelancing

If you draw a parallel between freelance management consultants and the “gig economy” of Uber drivers, Deliveroo takeaway food couriers and Task Rabbit online assistants, sooner or later consultants will point out that their work has always consisted of “gigs”.

Certainly, as long as there have been consultants, some people have left large professional services firms, or industry jobs, and branched out on their own, pitching for a succession of projects as individuals or in teams.

While technology may not have helped create an entirely new category, however, it has certainly revolutionised independent consulting.

Chris Bryce, chief executive of Ipse, the UK association of independent professionals and the self-employed, says: “Now people have the ability to work almost anywhere [and] to do desk research that it would have taken huge departments to do in the past.”

No wonder that UK official statistics indicate that almost half the growth in the number of management consultants and business analysts since 2011 (when the category was first defined separately) has been among self-employed advisers. They now make up 55,000 of the 175,000 consultants identified by the Office for National Statistics.

Who are these people? More to the point, are they happy outside the umbrella of larger employers? The FT, and two top-ranked business schools, Insead and London Business School, collaborated with Eden McCallum, which co-ordinates a network of independent consultants, to ask 251 current and 108 former independent consultants about their work.

Three-quarters of the consultants surveyed claimed they were earning more money, or the same, as they did as full-time employees, reaping a median annual income of £120,000. That may seem low compared with the seven-figure sums that some partners can earn working for big consultancies, but the survey also revealed that, for eight out of 10 independent consultants, billable work takes up less than nine months of the year. “Flexibility is a big bonus,” as one consultant confirmed for the survey.

Dena McCallum, co-founder of Eden McCallum, commented: “The survey data confirm what we have witnessed at first hand over the past 16 years. Independent consultants see this as a real win-win.” 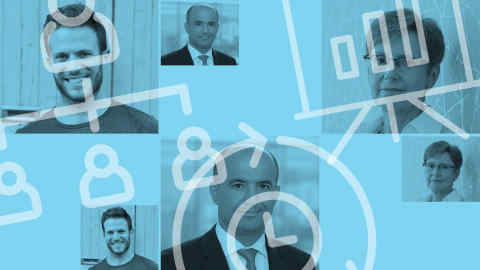 Nevertheless, the volatility of independent life may not be for everyone. Whether you thrive, said one of those questioned, “depends on your personality and life stage, [and] whether you can handle the uncertainty and keep yourself motivated”.

Asked about the main surprises, another cited “just how difficult it is to adjust to not knowing when the next job will come and the amount of networking” needed to secure new work.

Two small subsets of those surveyed were less happy: one group, dubbed “bridgers”, want mostly to return to corporate roles; and the other “strugglers”, miss the corporate community and earn the same as, or less than, when they were part of it.

Fiona Czerniawska, director of Source Global Research, which provides research and data about the consulting industry, says independent consultants largely serve the 60 per cent of the market that is represented by calls for individual specialist skills or “staff augmentation” projects, where companies outsource work to lower-cost freelancers. For the other 40 per cent of consulting business, she says it is still important for companies “to have a brand name or the financial clout [of a big consultancy]”.

Teams of consultants do increasingly put themselves forward for some of the bigger projects that used to be the exclusive domain of large consultancies.

The rise of intermediaries, such as Eden McCallum or Talmix (formerly MBA & Co), recognises and capitalises on the opportunity.

“The growth of technology and individuals’ changing work preferences are facilitating the growth of networks of highly skilled freelance professionals, so it makes sense to make the most of this,” says Anne-Marie Malley, UK human capital leader at Deloitte.

Deloitte often pairs its teams of consultants with freelance specialists, or brings in “associates” from its network of former employees.

Those in favour of the gig economy see gig workers as a disruptive force, shaking up incumbents. The same has been said of gig consultants. But, for now at least, it seems almost as likely that a growing army of independents will coexist with their former employers as that they will one day put them out of business.