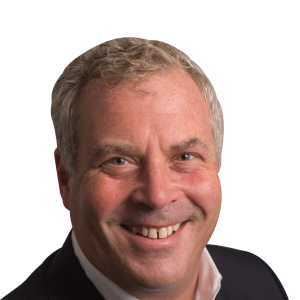 “Why on earth do you want to spend that much money on a damp, rotting shed on stilts?” Not the response you would hope from your bank manager as you fulfil a life-long ambition. In my case, buying a beach hut on The Walings at Frinton-on-Sea.

A few years ago, I parted with £28,000 for a hut that leaked, had a peeling paint job and was somewhat musty inside. Its kitchen units had seen better days and the floor could have given way at any time. But it is absolutely one of my best purchasing decisions.

As we head towards the Brexit cliff (and possibly a Corbyn-led government, in which staycations will be your only holiday option) it is time to become more British. Batten down the deckchairs and feed your inner midlife crisis with sausage rolls, kettles that whistle, bunting and wearing baggy clothes that neither match nor fit. Buy a beach hut.

Huts on The Walings face seaward with openable shutters, and landward with a sun trap veranda. They first arrived when the sea wall was erected in the 1950s, raising them from the sandy beach below.

But be warned. The nation is divided over beach huts. The unenlightened would rather go on a package holiday somewhere hot, fight for sun loungers early in the morning, and then sizzle themselves to a cinder on a beach where to get enough space for your towel is considered a luxury. No thanks.

The “enhutened” among you will understand that to own and use a beach hut verges on a spiritual experience, regardless of what the British weather may throw at you.

Also, I am not talking about caravans. A ghastly invention that will take 30 per cent off the value of your house if parked in the driveway, nor cabins. I am not an American. These are wooden huts that evolved from the Victorian bathing machine, allowing ladies to change and bathe without onlookers.

By the 1950s, they had become somewhere to put your stuff, make a cup of tea and by the 1970s store your towelling beach clothing, dinghy and polystyrene surf board that gave you a rash if you used it for too long.

But Frinton is a genteel place. Laws and bylaws are usually observed. There are “10 commandments” preventing commercial and other activities on the Greensward and promenade. However, mass disobedience forced Tendring, the local council, to abandon its desire to see all huts painted uniformly brown, brown (or perhaps, brown) and embrace colour instead.

Nowadays on Frinton beach front you’ll encounter bright stripes, traditional pastels and even a Damien Hirst-inspired polka dot design. Fuelled by the anarchic wave, I took inspiration from my favourite cake. Some huts have names like Seashore, Windrush and Jabba. Mine has a name too.

With my hut freshly decorated, I was stopped in the street by a neighbour in twinset and pearls, with clipped tones and a King Charles Cavalier. “Have you seen? On the Walings? Someone’s painted their beach hut the colour of a Battenberg cake.”

Before she could express the disapproval etched on her face, I butted in. “Yes, It’s mine. It’s called Huttenberg.”

Nearly £4,000 later, Huttenberg was indeed a glossy pink and yellow with white weatherboards on the outside, and grey floorboards, brand-new kitchen cupboards and a gleaming stove nestling inside.

There are also the general running costs to think about. You own the hut and the annual licence is yours until or unless you sell it on or fail to pay the fee. If you’re a local resident, a Walings hut costs £479 this year. A less fancy hut on the seafront is a mere £309.

Off to the cheap seats in neighbouring Clacton or Walton you’ll find the annual charge is £258. You’re not a resident? You’ll pay double. Then there’s insurance, another £300 a year. And every few years, remedial works. This year I’m faced with a £500 bill to replace rotten timbers and another grand for repainting. If I wanted to, I could recoup some cash by renting it out for £130 a week on Airbnb.

Is it all worth it?

A beach hut has no electricity (get a rechargeable LED lamp) or running water (there’s a tap a short walk away). Prices vary based on whether you are close to a tap — but don’t get one too close, or you’ll have a gaggle of children washing their feet and screaming just outside your beachside abode.

You can’t stay in it overnight (that’s what your house is for). Beach huts are washed away on average every 20 years — hence why you must insure them. There’s no loo, but there’s a delightful thatched public convenience a short stroll away.

And then there’s the risk it can be broken into. That has sadly happened to Huttenberg. I was so horrified at what may have occurred on my pastel-hued cushions that I threw them away. The rapscallions also ate all of my biscuits. So far, this isn’t much of a rational investment explanation.

Video: Listen: The future for inheritance tax, buying beach huts and launching a second career in your sixties

There are plenty of resorts around the country with beach huts. The cheapest can be £10,000. Some are particularly pricey. Mudeford Spit in Christchurch, Dorset, recently paraded a refurbished hut for £295,000. On the south coast you could pay £100,000 for the best huts. Up the coast in Southwold, expect to cough up more than £90,000 for prime pitch. Frinton-on-Sea, on the other hand, is on the north Essex coast and currently commands its best huts for just under £40,000. Some for just £20,000. A snip. Especially considering that scenes from the new Danny Boyle forthcoming Beatles-inspired movie have been filmed on Frinton’s golden sands.

Arriving at your beach hut and opening up on a warm sunny day is a joyous experience. The smell of drying wood and mustiness soon wafts away. Fresh sea air, streaming sunlight, an incredible view of the glistening sea and sandy beach and a host of features, including a stove. Just right for your whistling kettle and a full English.

Retro food tastes best. Always have an array of cakes and biscuits (Wagon Wheels, digestives and KitKats. as well as a slice of Battenberg) plus baked goods. Our local bakery sells very nice baps, which are particularly good stuffed with a hot sausage and ketchup. We call it “hut cuisine”.

Whatever the weather, a British beach hut is the very best place to take your copy of FT Weekend, brew yourself a nice cup of tea, and tuck into the best entertainment a Saturday morning can possibly offer. And having just found out that two huts nearby needing work recently sold for £36,000 each . . . well, knock me down with a jam-filled doughnut. Huttenberg has turned out to be a half-decent investment too. Not that I’ll ever sell it.