Curators of the fair’s section for performance, sculpture and installation art tell why they champion international conversations

Behind the Frieze tent at the Paramount Pictures Studios in Los Angeles, where business transactions take place in neat rows of white booths, Frieze Projects is set against decidedly livelier scenery. This year, the art fair’s curated section returns to the Paramount backlot, a movie set that recreates the architecture and gum-stained sidewalks of New York City for LA’s sunny skies. Despite the site’s visual noise and exposure to sun, wind and rain, Frieze Projects curators Rita Gonzales and Pilar Tompkins Rivas looked at the backlot as an opportune exhibition space.

“You can present works that typically would not fit within a gallery booth or within the confines of a tent,” says Gonzalez, citing one participatory performance by LA-based artist and Black Lives Matter co-founder Patrisse Cullors. At scheduled moments during the fair, she’ll invite visitors to join a communal silent disco of the Electric Slide, a collective reclamation of public space from the violence that roils communities of colour.

The other 15 Frieze Projects works span performance, film, large-scale sculpture and installation and, presented alongside pop-up shops and food stalls, read more as street fair rather than art fair, Gonzalez says. “You can turn a corner and see either a sculpture or a performance unfolding.”

Both Tompkins Rivas and Gonzalez are influential figures in major LA institutions. Gonzalez, a native of LA County, joined the Los Angeles County Museum of Art as associate curator in 2006, and became head of LACMA’s department for contemporary art in 2019. Tompkins Rivas, who came to LA from Dallas in 2001, held positions at LACMA and 18th Street Arts Center before joining the Vincent Price Art Museum as director and chief curator in 2016.

Since meeting in 2003, the two have collaborated often. One major 2017 project, A Universal History of Infamy, was a three-part exhibition they co-organised with José Luis Blondet. The sprawling, multidisciplinary show of Latin American artists included Stefan Benchoam and Jessica Kairé, who in 2012 had founded Guatemala City’s only contemporary art museum in an egg-shaped, former egg-vendor’s kiosk. At the curators’ request, they hauled a replica to LACMA for the show. “The ambition was so big,” Gonzalez recalls, “even though it’s so small.”

Despite their respective tenures within the art world establishment, art made outside of the museum space is their forte, specifically works by the Latino and Latin American artists that have been “completely underserved, under-historicised, undervalued and under-recognised,” Tompkins Rivas says. Institutions are only recently beginning to acknowledge this longstanding oversight, and the art market hasn’t done much better. While the commercial visibility of artists of colour is greater than ever before, only four of Frieze LA’s 75 booths will feature galleries based in Latin America.

Consequently, Gonzalez’s and Tompkins Rivas’s respective careers have centred on the subtly radical mission of pointing out these holes in the art historical narrative. At LACMA in 2011, Gonzalez co-curated the first museum retrospective of Asco, a previously little-known Chicano artist collective born in the social tumult of 1970s East LA. They were “a huge missing piece of the history of performance art and conceptual art in Southern California art in the 70s through the 80s”, Gonzalez says, “geographically and culturally segregated” from the affluent white art world of LA’s west side. Fuelled by sentiments of anti-violence and exclusion, they staged guerrilla street performances and PR campaigns for non-existent films, fusing the aesthetics of glam rock and Mexican religious iconography.

“When you’re dealing with Latinx art and Chicano art, not everything can be taught through work that’s made in an artist’s studio,” says Rivas. Without access to formal art schools and museums, artists like Asco, and more recently Gabriela Ruiz, emerged from alternative spaces, working collaboratively and across disciplines. Ruiz’s multimedia practice, spanning sculpture, 3D rendering and multichannel video installation on view now at VPAM as part of her first solo exhibition, grew out of performances by her nightlife and social media persona, Leather Papi.

“To me, that circles back to Asco in the kind of work on the street that they did, and the ways that they defined their own image,” says Rivas, although that work that often finds itself at odds with museum departments entrenched in classical traditions.

“The canon of art history is defined along these structures that go back in time, these notions that you can catalogue culture,” she adds. “To me, museums are boxes, but it’s up to us to define their meaning. Museums are places that can change over time.”

As the curators laid out their approach to Frieze Projects this year, the location itself was “an intriguing place to begin”, says Tompkins Rivas. The Paramount backlot offered layers of uniquely LA stories for artists to mine, from the glossy narratives of Hollywood, both real and imagined, to the shifting occupation of land between indigenous tribes, Spain, Mexico, and ultimately the United States.

Among the themes that emerged are the ways movie industry artifice has shaped the realities of the city, which plays well against the backlot’s faux-urban setting. Sayre Gomez’s “Palm Tree Cell Tower” is a large-scale sculpture of an antenna unconvincingly disguised as palm tree, a ubiquitous fixture of the LA landscape made by the same fabricators behind Disney and Universal Studios theme parks.

Fellow LA artists Vincent Ramos and Gabriella Sanchez, having mined Paramount’s film archives, looked to the ways Hollywood portrayals of Mexican-American culture have shaped the Mexican-American experience. Ramos has turned these images into a site-specific installation, and Sanchez has made them into a billboard and other street signs, fixtures of LA’s urban vernacular.

Because Frieze Projects is a street fair this year, performance artist Naama Tsabar and a fellow female guitarist will provide the music. Face-to-face throughout the fair, they’ll play two guitars fused as one, dismantling the hyper-masculine, ego-driven image of the extended guitar solo. And Gary Simmons is mounting a portable portrait studio against the background of his paintings, a revival of the Back Drop Project he staged at Brooklyn’s African Street Festival and Harlem’s basketball courts in 1992. The instant photos he took of local residents were a gesture of reclaiming images of black identity, which the movie industry had flattened and reduced in popular culture.

While many of the artists in Frieze Projects have roots in Latin America, the curators’ scope extends farther afield, tying LA-based narratives to more global conversations. The political subtexts of identity and community define not only the art they exhibit but their own work, too; curating is an act of protest in itself. 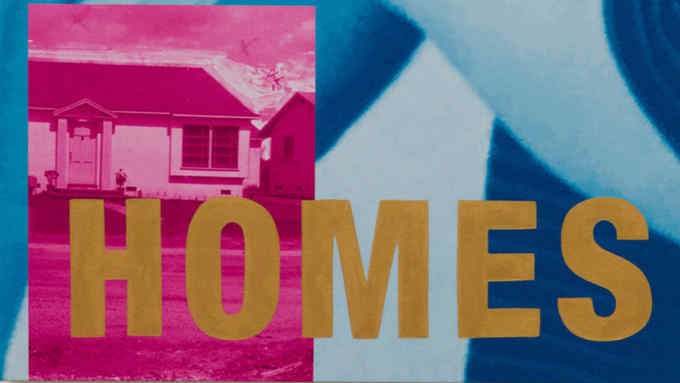