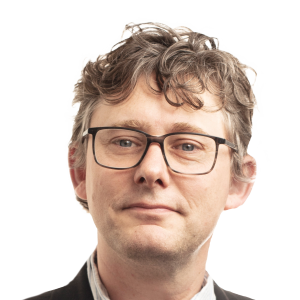 One of my favourite things about living in Sydney is cycling to work along a path that provides stunning views of “The Coathanger”, the heritage-listed harbour bridge that is a symbol of Australia. But on several days over recent weeks the giant steel structure has disappeared behind a thick blanket of smoke caused by hundreds of bushfires burning outside the city.

The suffocating haze is causing consternation among Sydney’s Lycra-clad cycling community, with many donning anti-pollution masks or abandoning their commute to avoid poor air quality. It is also having an impact on the economy: forcing flight delays, closing national parks and causing a spike in hospital admissions.

Environmental authorities warned this week that the city is experiencing some of the highest air pollution levels in its history — at least three times higher than in a typical bushfire season. One website calculates that breathing the air in all day in the worst spots of Sydney is equivalent to smoking 34 cigarettes. I’ve become fascinated by the Fires Near Me app that tracks the location and condition of bushfires. The last time I checked this week there were 125 blazes burning across large swaths of New South Wales, including more than a dozen encircling Sydney.

The scale of the crisis has come as a shock to residents, who are used to boasting about the clean air and clear skies in a city dubbed one of the world’s “lifestyle superpowers”. But the difficulties experienced in the city do not compare to the hardship felt in rural communities, which are on the frontline of a bushfire emergency that has so far killed six people, destroyed several hundred homes and burnt through more than 2m hectares.

Thousands have been forced to flee their homes to escape fast-moving blazes fanned by high winds and tinder-dry conditions caused by a devastating drought. The New South Wales rural fire service, the world’s largest volunteer service, is stretched to breaking point and has warned worse is coming as the summer season only officially began this week.

The severity of the fires has opened a new front in Australia’s “climate wars”, a partisan political battle that has raged for more than a decade over energy and climate policies. The conservative government, a staunch supporter of the A$67bn a year coal industry, and green groups have spent the past month bickering over whether climate change is to blame.

Scientists have been warning for more than 20 years that climate change would increase the risk of extreme fires. A 2004 national inquiry on bushfire mitigation and management reported to Canberra that: “Fires’ frequency, intensity and size are expected to increase under climate change as temperatures rise, rainfall variability increases, droughts become more severe and ecosystem dynamics alter.”

But in the upper reaches of the Australian government these days science and reason are often not the basis for policy formulation. “We’ve had fires in Australia since time began, and what people need now is a little bit of sympathy, understanding and real assistance. They need help, they need shelter,” said Michael McCormack, deputy prime minister, when asked about the link between climate change and bush fires last month. “They don’t need the ravings of some pure, enlightened and woke capital-city greenies.”

Such populist sentiment and a rigorous defence of the fossil fuel industry have been cited as reasons the conservative coalition won a surprise victory in the election in May. But there are signs the crisis could become a catalyst that shifts public opinion against a government that has failed to cut emissions in a meaningful way since winning power in 2013.

“Morrison your climate crisis destroyed my home,” read a message to prime minister, Scott Morrison, painted on the charred remains of a house dumped outside parliament this week.

“I’m losing my home, whole communities are losing their homes . . . and the prime minister said we’re not allowed to talk about it,” said Melinda Plesman, a grandmother whose home of 38 years was burnt to the ground near Grafton in New South Wales.

The danger for the government is that when the smoke eventually clears, the resentment coursing through rural communities lingers.

Video: Climate change explained: what can ordinary people do?