The killings of George Floyd, Ahmaud Arbery and Breonna Taylor last year not only launched a racial reckoning in the US, they also revitalised the diversity business.

Tasked with overcoming workplace discrimination in areas ranging from recruitment to product development, chief diversity officers have long complained of being under-resourced and organisationally siloed. Veteran CDOs say the job has the highest rate of turnover in the C-suite.

But the global outrage over the deaths of Floyd, Arbery, Taylor and others — black Americans killed by white police officers — and the resurgence of
the Black Lives Matter movement suddenly put diversity executives in the spotlight, bringing both new resources and new challenges.

Organisations scrambled to affirm their commitment to diversity — though in many cases they had previously targeted the associated budgets for cuts as a response to the coronavirus crisis.

That is because it is a goal that has too often “been viewed as expendable or performative”, says Sheree Atcheson, global director of diversity, equity and inclusion at Danish software company Peakon. She adds that the resources that have made the biggest difference in her work — like a direct reporting line to the chief executive and full access to human resources data — have not always been industry standards.

Data published by recruitment website Glassdoor paint a vivid picture of companies adjusting their priorities. During the first half of 2020, diversity and inclusion-related job openings in the US slumped. One month after Floyd’s killing, on May 25, the number of positions listed had surged 55 per cent from their low point; by the end of November, the increase was 245 per cent, with nearly 1,500 openings, far above pre-coronavirus levels.

“A lot of organisations saw more change in the second half of 2020 than they saw probably in the last 10 years,” says Bendita Malakia, global head of diversity and inclusion at law firm Hogan Lovells.

The challenges were greatest for employers that had neglected diversity in the past, says Ms Malakia. When organisations contact her for help, she advises them to start a thorough evaluation of where they are now, a process that often begins with compiling data on the composition of their workforce.

“I think there is an increased understanding that there is so much that we all don’t know about these societal dynamics that are inequitable and also show up in our workplace, and every single person might not be able to thrive as a result,” says Ms Malakia.

Yet diversity executives have not always been willing to face up to the injustices that are embedded in society. According to Ms Atcheson, many compromise their work by tiptoeing around white colleagues who are in denial about systemic racism.

One of her “pet peeves”, she says, is glib avowals of “allyship”. “That makes an assumption that everybody can just start off as an ally without understanding that we have gotten to the position we are in because people have been evil,” she explains. “You cannot move forward as an ally if you cannot understand that.”

If they do not force their workplaces to reckon with hard truths, diversity executives become “glorified event planners”, warns Roianne Nedd, global head of inclusion and diversity at management consultancy Oliver Wyman.

“I’ve long said that this is the only area of work where people seem to think that putting events and conferences on sporadically is a measure of success,” Ms Nedd says. The coronavirus pandemic has, she thinks, underlined a divide between diversity professionals “who truly believe . . . that inclusion is a fundamental business imperative versus those who felt it was more of an almost social, bringing-people-together imperative”.

A willingness to tolerate such meek approaches may well explain why businesses and institutions such as universities have spent billions on diversity and inclusion efforts in recent decades, but have achieved only slim gains in representation, according to New York University professor Pamela Newkirk.

“This isn’t rocket science,” says Ms Newkirk, whose 2019 book Diversity, Inc.: The Failed Promise of a Billion-Dollar Business explores the shortcomings of past inclusion efforts. “It is a lack of will and intention.”

Trisch Smith, global chief diversity and inclusion officer at public relations firm Edelman, says she thought hard about how best to take advantage of last year’s upsurge of interest. In the end, she accelerated her original plans for the firm, including beefing up the existing employee resource groups, instituting new training programmes, and reviewing recruitment practices.

“A CEO client asked me if things will be the same a year from now, if anything will change,” Ms Smith says. “What I said is ‘Shame on us if it doesn’t.’ It is up to us. My focus is not to let the momentum wane.”

Although she believes that momentum is cyclical and eventually will dwindle, Ms Malakia intends to work as hard as she can to make the most of the current mood.

“I would never want to be the person that says that I am grateful that brother Floyd died,” Ms Malakia says. “That’s a perverse thing to say. But I am glad to say that something meaningful and transformational has started to happen as a result of that senseless death.” 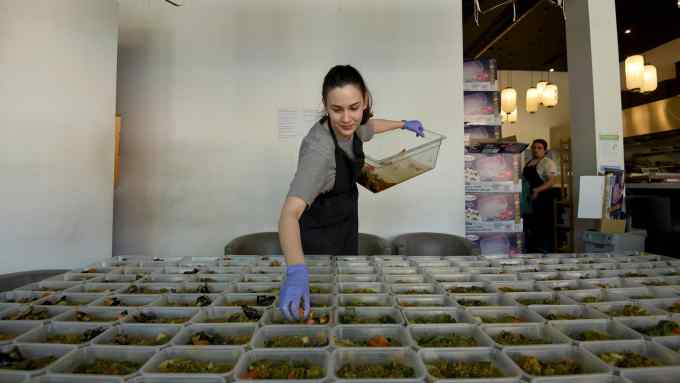