When US President Joe Biden unveiled a plan to plough about $2tn into US infrastructure, in a bid to propel the world’s largest economy to a post-Covid recovery, he made a pledge to keep the money in US pockets.

“Not a contract will go out . . . that will not go to a company that is an American company with American products, all the way down the line, and American workers,” Biden said, unveiling a public investment programme on a scale not seen since the space race of the 1960s.

But Biden’s promise to keep US government contracts solely in the hands of US companies has sparked a new row over protectionism and America’s commitment to open markets under its trade agreements.

The Buy American Act, first introduced by Herbert Hoover in 1933, requires US government agencies to buy US-made goods from US companies and manufacturers. However, in 1994, the US signed up to a World Trade Organization pact that aims to open up government procurement to overseas competition.

The US reconciles the two by granting waivers to the Buy American Act for suppliers in any of the 20 countries that have signed the WTO’s Government Procurement Act (GPA), and for countries with which it has free trade deals. But the scale of public investment attached to the US Covid relief programmes has left Biden under political pressure to scrap those waivers — effectively pausing commitments to other nations to keep its government procurement markets open.

Earlier this month, Democratic senators including Tammy Baldwin, Sherrod Brown, Chris Murphy, Elizabeth Warren and Jeffrey Merkley wrote to the White House to demand that waivers from the Buy American Act be suspended for “all extraordinary Covid-19 relief and recovery-related spending (including recovery-related infrastructure spending)”.

“This approach would ensure that extraordinary Covid-19 relief and recovery funds are reinvested at home during the process of renegotiating the trade-pact terms that apply to ordinary procurement,” they wrote.

They cited a 2017 government report that found the US had opened up deals worth $837bn to other countries in 2010, while the next five largest parties to the GPA — the EU, Japan, South Korea, Norway and Canada — only offered tenders worth $381bn combined.

Biden, however, could not halt the country’s commitments to the GPA without violating the US’s international obligations, according to Jean Grier, a consultant and former government procurement official. “Under domestic law, he could do this; under international law, it would be a problem,” she says.

The dilemma has left the US searching for other ways to limit government spending with foreign companies. A Biden administration official told the FT the government wanted to make sure it invested “taxpayer dollars in American businesses”, although it respected its commitments to international trade.

Under existing rules, which were toughened by Biden’s predecessor Donald Trump, iron and steel products bought under US public procurement contracts must be 95 per cent made in the US, while other items must be 55 per cent US-manufactured.

Although waivers to these rules can already be granted on any contract if it proves too expensive to source products in the US, one of Biden’s first executive orders made it harder for companies to be granted exemptions if they have manufacturing operations overseas.

The Biden administration has also said any waivers would be made public, so that a potential US supplier could challenge an exemption by offering its product instead. In addition, a new post in the White House will be established to oversee how those waivers are granted.

This renewed “Buy American” focus, and growing political pressure, has rattled multinationals with US operations, and left them unsure whether they will be eligible to bid for contracts linked to the country’s large stimulus packages.

The Global Business Alliance — a group that represents the US arms of foreign multinationals — argues that its members provide jobs to US workers and help boost the economy by manufacturing in the country. “Foreign companies in the US are literally embodying ‘Made in America’”, says Nancy McLernon, chief executive of the GBA.

The group estimates that about 8m workers in the US work for international companies, and says that foreign companies including BMW, the German carmaker, and L’Oréal, the French cosmetics brand, have some of their largest global plants in the US.

The US Chamber of Commerce, one of Washington’s most powerful business lobby groups, has also argued that any move to pause or withdraw from the GPA would risk retaliation from other GPA members and see US businesses locked out of overseas government procurement markets, which it says are collectively worth about $4tn.

“The idea of self-sufficiency here in the US, I get it,” says McLernon. “It’s certainly an attractive political stance. But it’s not the way we’re going to really have an effective pandemic response, or an economic comeback. For that, we need to build up those global connections with our allies, right around the world.” 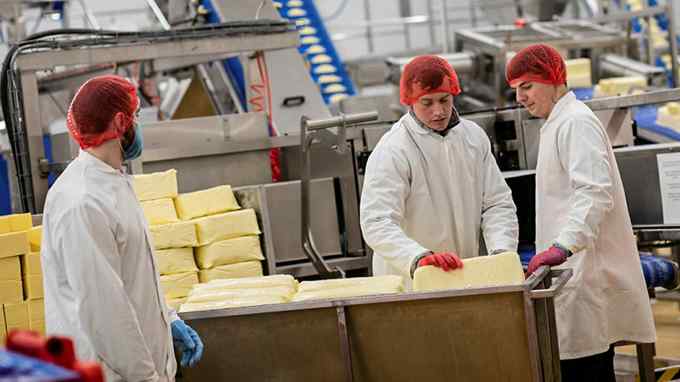