‘The quality being made today is higher than it has ever been, and the range is so much wider’
Jancis Robinson

Wine and sleep — perfect bedfellows, so to speak. There is a handful of types of wine that seem to me to act as a stimulant (pedantic medics and scientists, stop reading here). Champagne seems subjectively to wake me up rather than send me to sleep but I have to admit that most wines, if drunk in sufficient quantity, have a soporific effect.

Port might be said to be the ultimate sleeping draught. In northern Portugal there may be people who drink port in the middle of the day but, for most of us, if we drink port at all, it is a postprandial treat, the last thing to pass our lips before toothpaste. The sad thing is that too many wine drinkers — even those who are open to every sort of exotic combination of provenance and grape variety — see port as too strong and/or too sweet for them.

This is such a shame because the quality of port being made today is higher than it has ever been, and the range of different styles of port that are reasonably easy to find outside Portugal is so much wider than it was.

Tawny ports — aged in wood, nut-coloured and nutty-tasting — are much more important and interesting than they used to be. As well as the cheapest, youngest examples, and blends labelled with an average age (10, 20, 30 or 40+ years, with 20-year-olds often offering the best value), we can now choose from the newish reserve tawny category that’s aged for at least seven years in wood and an increasing array of Colheita ports, which are also long aged in cask but from the single year stated on the label.

Even white port is getting a bit more interesting. It used to be a simple wine drunk almost exclusively by the port trade as an aperitif, with or without tonic water. But Portuguese-owned port companies such as Kopke are releasing half-bottles of seriously interesting cask-aged white ports as well as old Colheita reds from fully mature years.

The most famous sort of port is aged in cask for a much shorter time than a tawny and, in the case of the finest examples, long aged in bottle. Over several decades, all the elements combine to create a much more nuanced and ethereal whole, as well as a sediment of the by-products of all these magical combinations.

This is vintage port, the flagship of the traditional port trade, a wine that demands so long in bottle that the 1977s are only just coming around now. A new vintage, 2016, has just been “declared”, as they say in the business. The convention is that port shippers should not announce their intention to bottle a vintage port until the wine has had two winters in cask and, of course, they have had a chance to see whether the subsequent vintage was better quality, and to suss out the readiness of the market to absorb a new vintage. (Although AXA’s Quinta do Noval seems happy to release a vintage very much more frequently than the usual three times a decade.)

The vintage port market has been in the doldrums. What was a fine wine of interest to investors in the 1960s and 1970s lost its financial shine in the 1980s and 1990s, as gentlemen’s clubs and Oxbridge colleges offloaded stocks bought in an era when port drinking was much more common. But there are signs that a healthy secondary market may emerge once more — at least that is the hopeful prediction of the port shippers currently presenting the new vintage on a tour of the US, UK and, not to be overlooked nowadays, Hong Kong. 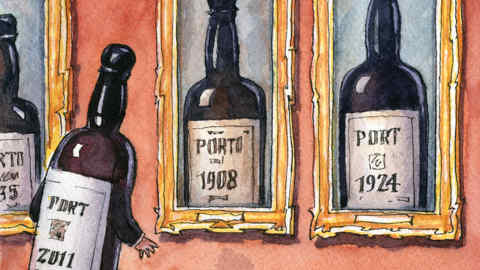 They have done their own bit of market-making by dramatically reducing the amount of vintage port produced. Even as recently as the 1980s, a tip-top shipper such as Taylor’s would make about 26,000 cases of each vintage port, whereas volumes of the 2016s are closer to 6,500 cases. Admittedly, in 2016 the flowering in the Douro valley was affected by the cold, wet spring that followed a warm, wet winter. And the summer was as hot and dry as usual, which did nothing to hasten ripening or swell grapes. Some September rain meant that the harvest was unusually late, the cool nights seeming to have left their mark in a streak of freshness in most of these 2016 vintage ports.

Those selling vintage port have a problem. They know that to enjoy them at their apogee, the best examples deserve half a lifetime in a cellar. But they also know that, thanks to the skill and precision of modern winemaking methods, the life-preserving tannins that are vital to any decent vintage port are so much more skilfully masked by intense fruit nowadays that the wines could certainly be enjoyed relatively young. And, it is rumoured, American vintage port enthusiasts are much more impatient than traditional British port connoisseurs. Perhaps as a consequence of this, a serious world shortage of 2016 vintage port may be on the horizon.

Most of the 2016 vintage ports are certainly impressive, and even the finest, at around £80 a bottle, seem wildly better value than most of the red bordeaux from the much less exciting 2017 vintage currently being released at such optimistic prices.

Some of the best-value wines in the style of vintage port are the single quinta ports, wines made just like vintage port from some of the best individual quintas, or wine farms, in years that were not declared as a vintage. They are chock-full of local personality and are ready to drink at about 10 to 20 years. They are not generally released until they are broachable.

Tanners, Davy’s and Berry Bros & Rudd have varied selections of port. Berry’s second-cheapest, at £17.95 a half-litre, is a so-called late bottled vintage, a sort of superior ruby port that spends four or five years in wood, in this case a well-priced, vigorous and spicy young ruby from Quinta de la Rosa.

There is only one bad thing about the recent dramatic improvement in the quality of Portuguese table wine. In port country, the Douro valley, it used to be the case that virtually the only wine worth drinking was the port served at the end of the meal. Nowadays the wine served en route to the port is uniformly delicious — which means that beds in the Douro tend to beckon even earlier than they used to.

Most 2016 vintage ports, if you have good storage.

Tasting notes on Purple Pages of JancisRobinson.com. Stockists from winesearcher.com

If you are a subscriber and would like to receive alerts when Jancis’ articles are published, just click the button “add to myFT”, which appears at the top of this page beside the author’s name. Not a subscriber? Follow Jancis on Twitter @JancisRobinson 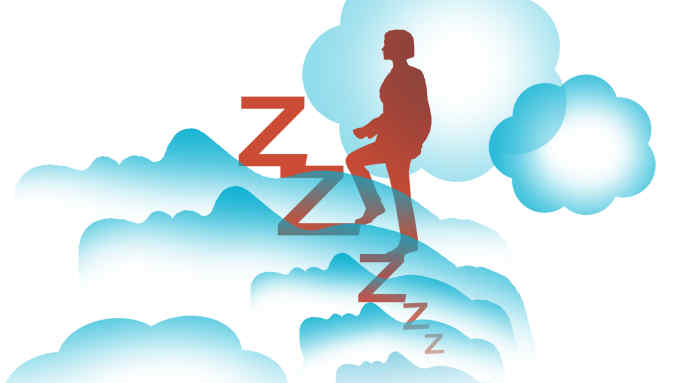