Nicolás Calderón has a passion and a plan. Now all he needs is for Mexico to legalise pot.

The 17-year-old entrepreneur, who wants to set up a Mexico City marijuana shop, should not have long to wait. Olga Sánchez Cordero, interior minister in Mexico’s new leftist nationalist government, has submitted a bill to Congress to end prohibition and start regulation.

Since the ruling party controls Congress, the bill is unlikely to run into trouble; indeed, it is expected to be passed within weeks. Mexico will be the third country in the world to make marijuana cultivation and consumption legal.

Latin America’s second-largest economy, which briefly legalised all drugs in 1940, will follow in the footsteps of Uruguay and Canada, as well as more than 30 US states where cannabis has been legalised for medicinal or recreational use or both.

The big difference is that, unlike Mexico, none of the other places is a major producer of illegal drugs.

“How much blood has been spilled, how many crimes have there been before a joint reaches someone’s hands? It’s terrible,” Ms Sánchez Cordero told the Financial Times after presenting the bill last month.

She then took a leave of absence from her Senate seat to take up her cabinet post when President Andrés Manuel López Obrador was sworn into office on December 1.

“This is an important step towards pacification,” she said.

Mr López Obrador inherited a country with murders at an all-time high and has begun daily security co-ordination meetings to try to drive the numbers down.

But the jury is out on whether legal pot will have much impact on Mexico’s drug cartels, on which former president Felipe Calderón unsuccessfully declared war a dozen years ago.

“I think the cartels will lose 40 per cent of their income with [marijuana] legal here and in the US,” said Vicente Fox, Mexico’s president from 2000-06, who now sits on the board of Canadian cannabis company Khiron Life Sciences, which is entering the Mexican market.

In Seattle, Vancouver and Colorado, he said, he had seen dealers embrace coming out of the shadows. “Previously they were criminals, now they’re in suits and are businessmen or farmers,” he told the FT. “It’s a marvellous transformation.”

Ms Sánchez Cordero, a former Supreme Court judge who marched with student activists in 1968 and identified with hippies, sees legalising marijuana not only as an important public health issue and revenue generator for the state, but a way to “cut the chain” of illegal supply, which she said often leads to dealers pushing tougher drugs to customers.

But Alejandro Hope, a security expert, said marijuana legalisation would probably not cut violence: few homicides in Mexico are directly linked to the marijuana trade, and in Colorado, Washington and Uruguay, where pot is legal, homicides have actually gone up, he said.

“This is not a security issue. This is an issue about public freedoms. If you frame this as a magic wand to reduce violence, we are in for a major disappointment,” he said. “Go for it . . . but it will not bring peace.”

“Seizures in Mexico have collapsed and seizures on the US border have declined by two-thirds,” he said.

Mexico’s domestic marijuana market is very small but Mr Fox, a former Coca-Cola executive, is already thinking of scale. “When it’s no longer illegal, you can put in a lot of research and development — it becomes an industry,” he said.

He wants to set up Mexico’s first laboratory of cannabis with a greenhouse to produce plants and to conduct research and training at his Centro Fox NGO.

Like Khiron, which intends to set up cannabis clinics, Aurora Cannabis, another Canadian company, is eyeing the Mexican market with a tie-up with a pharmacy that has a medical cannabis licence.

Ms Sánchez Cordero said she wanted permit holders, right down to the corner convenience store, to be able to sell cannabis products, but declined to put a figure on how high tax revenues from marijuana could be for the state. “We’re projecting a good quantity but it hasn’t been regulated so we don’t know how much will sell,” she said.

Life & Arts
What the Dutch can teach the world about cannabis 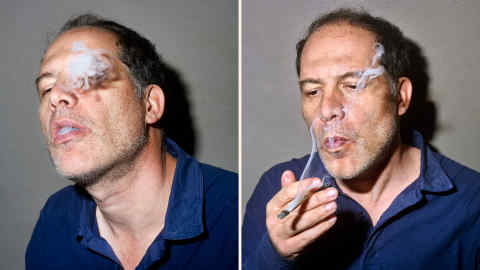 Lázaro Cárdenas, the Mexican president who nationalised Mexico’s oil industry in 1938, briefly legalised all drugs in 1940, including heroin, morphine and cocaine, and allowed for addicts to be treated as patients, not criminals. State dispensaries sold small fixes at prices that vastly undercut those of street dealers. But he backtracked after six months, following US pressure.

Ms Sánchez Cordero said she would also like to extend legalisation to opiates — Mexico is also a major illicit heroin producer — strictly for medical use. “But we have to move forward first in marijuana,” she said.

Mr Calderón is looking into cultivation sites, researching suppliers and crunching the numbers for his plan with his 24-year-old business partner, to open a shop by the end of the first quarter. They want to offer customers not only weed but also advice on the best strains, a place to hang out or work and an art venue all under one roof.

“I don’t just see an opportunity to make money but also to help Mexico,” he said. Using the Mexican term for the illegal drugs trade, he added: “I think this is going to help reduce el narco a lot.”

Get alerts on Cannabis industry when a new story is published