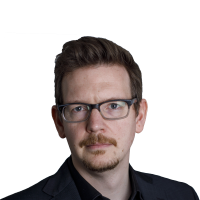 Barney Jopson is the FT’s Executive News Editor in London. He was previously Middle East & Africa News Editor and before that worked as US Policy Correspondent in Washington DC from 2014 to 2018. He has also been an FT correspondent in New York, Nairobi, London and Tokyo. He began his journalism career at Nikkei in 2002.

Barney's work has been recognised with prizes including the Wincott Foundation’s young financial journalist of the year award. He has also won a Society of Publishers in Asia prize for writing on Japan and a SABEW Best in Business award for coverage of US healthcare. He is a graduate of Cambridge university and speaks Japanese, Spanish and French.