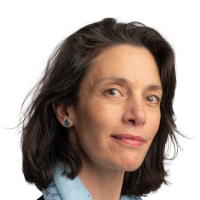 Anne-Sylvaine Chassany is the Financial Times' world news editor, overseeing coverage of politics and the economy from the foreign bureaus. Prior to this role, she was the FT’s Paris bureau chief and the FT's global private equity correspondent. Before joining the FT in 2012, she worked for Bloomberg News and Dow Jones/The Wall Street Journal in Paris and London, reporting on mergers and acquisitions, energy and European financial institutions.

A graduate of French business school HEC and a former associate at Paribas in Paris and New York, she won the ‘OneToWatch’ award from The Work Foundation’s WorkWorld Media Awards in 2006 for ‘Heat builds on Mittal to improve safety and wages’ following a reporting trip to Kazakhstan. She is the co-author of ‘Enron, la faillite qui ébranla l’Amérique,’ published in 2003.