We use cookies (opens in new window) for a number of reasons, such as keeping FT Sites reliable and secure, personalising content and ads, providing social media features and to analyse how our Sites are used.
Manage cookies
Accept & continue
Special Report African economy

The president’s reforms are criticised as being blunt and ineffective

Nigerians who voted Muhammadu Buhari into office last spring thought he would spearhead efforts to deliver the overhaul he promised. In September they learnt that, 16 months into his presidency, Mr Buhari had different ideas.

“Change begins with you,” the 73-year-old leader told Nigerians in a speech that launched what he called a “reorientation campaign”, aimed at promoting civic responsibility. This was reminiscent of the “war on indiscipline” he led in the 1980s as military ruler. His latest directives were derided on social media as tone deaf and unrealistic.

Voters agreed with Mr Buhari’s diagnosis that corruption “was killing Nigeria” and endorsed his plans for fundamental change. Endemic corruption has long plagued Nigeria, but outright theft of state wealth reached new levels under the previous president, Goodluck Jonathan. This left the country in a perilous state when oil prices crashed in 2014, generating sympathy for the dire straits the president inherited.

But efforts like his “reorientation” campaign are seen by some Nigerians as indicative of a ham-fisted approach to stemming the country’s worst fiscal crisis in a quarter of a century. After years of growth fuelled by high oil prices and expansion of telecoms, banking and technology, what was recently Africa’s biggest economy is in recession.

Many economists and investors — at home and abroad — as well as politicians believe that the Buhari administration could have managed this meltdown better. Optimism that swelled after last year’s election has largely disappeared. It has been replaced by concern that an economic turnround is not yet in sight. 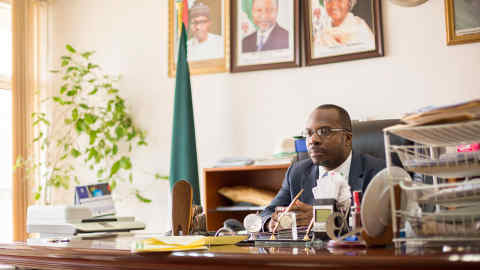 In June the president declared that Nigeria was facing “probably the toughest time in the history of our nation”. As the financial pressure on ordinary citizens increased this year, the government’s response has failed to revive the economy. Inflation hit 18.3 per cent last month, an 11-year high. Most of the federation’s 36 states are unable to meet recurrent obligations and some have struggled to pay salaries all year.

One of Mr Buhari’s main attempts to stimulate the economy — a record 6tn naira budget to triple capital expenditure — has mostly remained on paper. The government has not been able to raise external debt to plug the $11bn budget deficit. It secured a $600m loan from the African Development Bank, but discussions with the World Bank and talk of a issuing a Eurobond have not yielded funds. In September rating agency Standard & Poor’s downgraded Nigeria’s debt to B, five levels below investment grade.

A seeming hesitation by the president to enact bold reforms is no mystery to some observers. “The country is run by people who are conflicted,” says Kingsley Moghalu, a former deputy central bank governor. “They want economic progress but they feel it should be achieved by state control of things that are essentially market driven. The result is chaos.”

The president wanted to focus on fighting corruption and improving security. On those fronts, some gains have been made.

Investigations of individuals suspected of having pillaged state coffers are under way. The sole trial brought before judges so far, that of the former national security adviser, has been fraught with delays, adjournments and procedural disputes. Broadly, the government has identified more than $10bn in stolen funds, but acknowledges the process of recouping money is “tedious and time consuming”. In June it said only $600m had been recovered.

Much of the territory in north that was seized by Boko Haram in 2014 has been wrested back by the military, though more than 2m people who fled the insurgents have not yet been able to return.

Economic stagnation, stoked by global forces and local battles, is instead dominating Mr Buhari’s presidency. Oil prices plunged the year before Mr Buhari took office and have rebounded only slightly since. A wave of attacks on pipelines by a new militant group in the Niger Delta cut crude exports to near 30-year lows. Gas supplies were also choked, which in turn briefly reduced national grid power generation by almost half.

Business executives and even close allies of the president say critical decisions — such as allowing the currency to float — have been needlessly delayed. Several significant federal positions, such as the head of the electricity regulator, remain vacant. The president’s ambassadorial nominees have not been approved by the legislature.

Political wrangling in the ruling party, resistance from vested interests opposed to change and bureaucratic mismanagement are all to blame. “Clearly we are not where we ought to be,” says one government minister. “Some of these things are totally avoidable. We knew what to expect and we had responses to everything.” 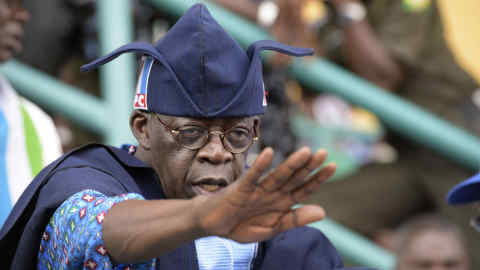 At the heart of the disputes is the president’s economic predisposition. Unlike the other men who have led Nigeria since military rule ended in 1999, Mr Buhari is “instinctively not capitalist” says Doyin Salami, an economist who served on the transition team. “Those who have tried to convince [the president and his closest advisers] that free market solutions are in Nigeria’s best interest have not succeeded,” Mr Salami says. He argues that the administration has not articulated a feasible strategy for achieving its target of inclusive growth through state-driven means.

Central bank controls to shore up foreign reserves and reduce the import bill began to harm businesses last year. Companies have laid off tens of thousands of workers. The president’s repeated endorsement of keeping the naira strong in the official market — despite its far weaker value on the parallel market — has left investors concluding the central bank’s hard fought independence has been overridden.

Many foreign investors say that, although valuations of some Nigerian companies are attractive, they cannot contemplate bringing in capital given the uncertainties over foreign exchange management. The same goes for Nigerian businesses considering bringing in foreign currency for investments, says a local power industry executive. “If you don’t have a rational foreign exchange policy and can’t get money in and out, you’re not going to have much in the way of foreign investment,” he says. 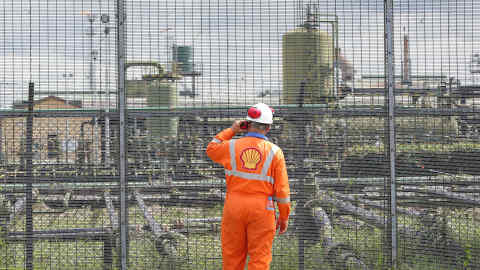 The president is known to disdain the extravagant lifestyle of wealthy Nigerians and views businesspeople as partly responsible for the country’s problems — arguably a valid point. But this wary, if not hostile, view of the private sector has further damaged investor confidence.

There are some bright spots. Oil output rebounded at the beginning of November to 2.1m barrels a day following repairs to infrastructure, but fell below 2m after subsequent attacks. Moody’s forecast that the economy will grow at least 2.5 per cent in 2017 if output is maintained, barring further production problems. But businesses complain the government is making the difficult situation it inherited even worse.

One frequently cited example is the byzantine visa process. At a time when capital inflows have slowed to a trickle, investors complain that it is harder to obtain a visa for Nigeria than almost any other country. “I paid for the ‘rush’ two-day visa and got it after two weeks,” jokes a South African businessman.

Get alerts on African economy when a new story is published